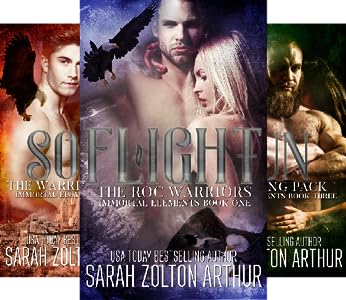 Immortal Elements (3 book series) Kindle Edition
Immortal Elements (3 book series)
Kindle Edition
by Sarah Zolton Arthur (Author)
Air.
Land.
Water.
In a time of earthquakes, hurricanes, tsunamis, and other natural disasters six people will head the charge to save the world. Destiny brings them together to fight a foe worse than anyone could imagine, but when your enemy wants to enslave humanity and your mate happens to be human, success isn't just mandatory, it's the only option.
Read more
You've subscribed to Immortal Elements! We will preorder your items within 24 hours of when they become available. When new books are released, we'll charge your default payment method for the lowest price available during the pre-order period.
Update your device or payment method, cancel individual pre-orders or your subscription at
Your Memberships & Subscriptions
There was an error. We were unable to process your subscription due to an error. Please refresh and try again.
All titles below are free to borrow with a Kindle Unlimited subscription.
Price: $11.97 for 3 item(s)
Sold by: Amazon Digital Services, Inc.
Items included: 1 - 3
Books in this series (3 books)
1
Flight: The Roc Warriors (Immortal Elements Book 1)
by Sarah Zolton Arthur (Author)
4.3 out of 5 stars (11)

Meet Meena Anthony, a woman whose explosive destiny could lead to everlasting life or imminent death.

Volcanic researcher Meena might be onto the discovery of a lifetime. Sent to the Canadian Rockies to figure out why a once-classified dormant volcano has started giving off disturbing readings, what she stumbles upon could trigger the end of human existence on the planet.

When a chance encounter on the summit with a handsome, beguiling, possibly touched stranger forces her from the mountain, Meena’s world both implodes and expands in ways she never dreamed possible. Not the least because the stranger, a man who calls himself Shadow of the Roc, a man she’s felt a pull towards since they first locked eyes, has plans for her—big plans that have nothing to do with digging in the dirt. To stop the trigger of a supervolcano, saving millions of lives in the process, she’ll have to trust Shadow. But when she finds herself thrust into a war between creatures she never knew existed, all bets are off…

ADVENTURES IN LOVE SERIES
Skydiving, Skinny-Dipping & Other Ways to Enjoy Your Fake Boyfriend (book 1)
D.I.E.T. -Did I Eat That? (book 2)

STANDALONES
Summer of the Boy
The Significance of Moving On

YA TITLES
The Princes of Stone and Steel
Read more

When destiny calls, you answer… or die trying.

Saahirah of the Gyr is a falcon-shifter on the vacation of a lifetime when her camp is attacked and her family is murdered—then Saahirah is sold into a harem kept by the regent of the land. Desperate to escape, Saahairah clings to one thought: there’s a mate somewhere destined for her. She can’t give in to the regent or she’ll never know true happiness.There’s just one little problem: the regent has one of the world’s most powerful witches in his employ.

It takes witchy power to fight witchy power, so Saahirah does what any smart-minded twenty-something shifter girl would do—she teaches herself magic. The magic, however, works a little too well, connecting her with a mysterious figure with honey-amber eyes that pulls her heartstring taut, and Saahirah knows she’s in a whole different kind of trouble.

Crest, aerie-lord and youngest brother to the future King of the Roc, is the one to answer her call. Even though the timing seems off, with an evil presence threatening the world, they discover they’re stronger together and their bond is exactly what’s needed—a reminder of what they’re fighting for... and why they have to win.

Other Books by Sarah Zolton Arthur

STANDALONES
Summer of the Boy
The Significance of Moving On
Skydiving, Skinny-Dipping & Other Ways to Enjoy Your Fake Boyfriend

When the bad guy is the only one you can trust, you’re screwed… sometimes in the best way possible.

Breya is a woman on a mission to take care of LA’s homeless instead of shunning them, and hopefully find her missing brother among them one day.

But fate’s a bitch who has a way of messing with the best of plans. That’s what it boils down to when Breya is attacked while delivering food to those who need her help most. She’s rescued by a man identifying himself only as Hunt, who has her stealing cars and lifting people’s wallets while on the run from a seriously bad dude.

What’s worse, she can’t fight this biting attraction to the infuriating man who could quite possibly be a Viking warrior god, if not for all his sullen, broody behavior.

That is, until the day she watches his skin rip away from his body to reveal a wolf dead-set on protecting her from others like him—and ensuring the future they’re destined to have together… if they can save the world in time to have it.

Other books by Sarah Zolton Arthur:

Summer of the Boy

The Significance of Moving On

Skydiving, Skinny-Dipping & Other Ways to Enjoy Your Fake Boyfriend

Summer of the Boy

Skydiving, Skinny-Dipping & Other Ways to Enjoy Your Fake Boyfriend 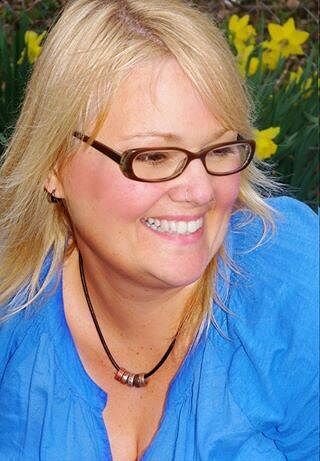 Sarah Zolton Arthur
Biography
Sarah Zolton Arthur is a USA TODAY Bestselling author of pretty much all things romance, but she loves to get down and dirty with her MC bad boys. She spends her days embracing the weirdly wonderful parts of life with her two kooky sons while pretending to be a responsible adult.

She resides in Michigan, where the winters bring cold, and the summers bring construction. The roads might have potholes, but the beaches are amazing.

Above all else, she lives by these rules. Call them Sarah's life edicts: In Sarah's world, all books have kissing and end in some form of HEA. Because even outlaw bikers need love.
Read more
Back to top
Get to Know Us
Make Money with Us
Amazon Payment Products
Let Us Help You
EnglishChoose a language for shopping. United StatesChoose a country/region for shopping.
© 1996-2021, Amazon.com, Inc. or its affiliates