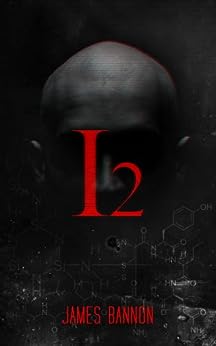 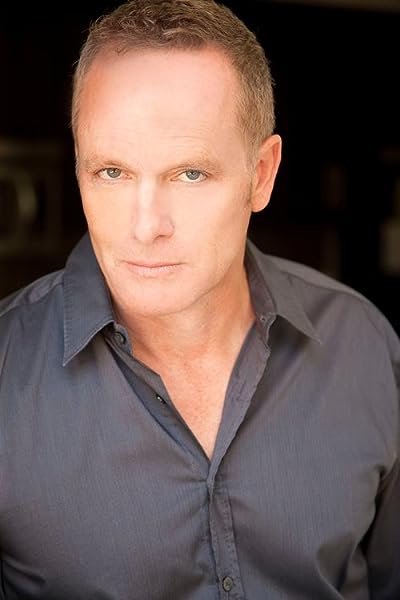 "Powered by relentless pacing and jaw-dropping plot twists throughout, Bannon's debut novel is a science-fiction thriller of the highest order--but it's ultimately a heartrending romance and a profoundly moving exploration into the frailty and preciousness of human existence...In a word: mind-blowing." -Kirkus Reviews (starred review) --This text refers to the paperback edition.

James Bannon is an eclectic creative force, writer of screenplays, episodic television and movies. He is one of the most in-demand voice actors in Hollywood today, having worked on thousands of network and cable television dramas.

A dedicated world traveler, he is fluent in six languages. He has ventured into strange and challenging locales to satisfy his curiosity about life and people; he has experienced civil wars, revolutions, fascist regimes, communist dictatorships, as well as moments of great beauty and revelation in the distant jungles, mountains and exotic cities of our planet.

I2 is his first novel.

He is currently working on a project which has propelled him into the arcane universe of large spectacle fireworks. In the process he has become a certified pyrotechnician. --This text refers to the paperback edition.

4.0 out of 5 stars
4 out of 5
161 global ratings
How are ratings calculated?
To calculate the overall star rating and percentage breakdown by star, we don’t use a simple average. Instead, our system considers things like how recent a review is and if the reviewer bought the item on Amazon. It also analyzes reviews to verify trustworthiness.
Top reviews

April Hoffmann
3.0 out of 5 stars Mixed feelings
Reviewed in the United States on August 30, 2013
Verified Purchase
I struggled between 3 and 4 stars because this book was very unique, fascinating, and a page-turner. I thought it was well written and I enjoy reading most of it. The reason I gave it 3 stars is because after the first two chapters (they are long chapters; only 5 in the whole book), it went from an engaging sci-fi to a book about masturbation, sex, drugs, more sex, and more sex. I'm not a prude and I don't mind those subject matters...but I thought this was a little over kill. It went on and on describing how as a toddler he masturbated five times a day, then as a teenager all the different girls he had sex with - where, how, what position, etc. And it was very dark and mostly crude. It was a huge part of the second half of the book. On top of this, it ended very abruptly and I was left feeling hollow...wanting more. It wasn't much of a climax (no pun intended - haha). All in all, I couldn't recommend this book to most of my friends because while the idea behind it was really good, how it played out was just too crude (and depressing) for my taste.
Read more
4 people found this helpful
Helpful
Report abuse

William E. Hall
4.0 out of 5 stars The Strange Case Of Dr. Edward Frame
Reviewed in the United States on June 1, 2013
Verified Purchase
As you might have already surmised from my review title this book somewhat reminded me of the story/movie "The Strange Case Of Benjamin Button." On its surface this is a Science Fiction story, but I would say while the premise is very Sci-Fi, it is really more of a character study, cerebral, psychological type of book. Mainly it offers the question, how would you live your life differently if you were able to be reborn, start over, and with all your old life's memories intact? Poor Dr. Frame invents the ability to do just that, but immediately finds that circumstances outside his control have completely screwed up his planned new life. We then follow Dr. Frame's new life as Adam; first as a man trapped in a child's body, constantly working to hide his true identity. Then, as a teenager (high stakes gambler & drug addict), using his adult knowledge to exploit teenage girls (and their mothers) into sexual escapades. Throughout it all Dr. Frame never forgets about the scientist/lover Samantha who helped him to bring his rebirth process to completion sacrificing her own life in doing so. Dr. Frame seems to be a man in both lives who is successful in starting relationships with attractive women only to experience the tragic end to these relationships in one way or another. He constantly strives to bring back Samantha through the process that gave him a new beginning. But, in doing so, he also realizes that their lives would be completely out of synch age-wise. I guess you could say this book gives meaning to the saying "Be careful what you wish for."
Read more
One person found this helpful
Helpful
Report abuse

Domino
4.0 out of 5 stars "I already don't like this book
Reviewed in the United States on September 29, 2014
Verified Purchase
I read the first page, and it was wandering and I thought, "I already don't like this book." I read the reviews and they were pretty good, so I thought I would stick with if for a little bit.
It did turn out to be a very good book. A little sci-fi but not too much. Edward is terminally ill, and being a scientist working with brain injuries he has a way to be re-born, as an infant who will have his memories. His assistant Samantha is in love with him and agrees to carry the baby that will be him. Everything works perfect - at least in theory. Unfortunately there are complications, And coming back as an infant, he can't understand what has happened. As his knowledge grows, so do the problems. He continues to try to find an elusive happiness.
Kind of a dark book, but full of twists.

Julie Doe
2.0 out of 5 stars Interesting idea, BORING execution
Reviewed in the United States on December 21, 2012
Verified Purchase
I DNF'd at 65%. I downloaded it because I like sci-fi and the premise intrigued me. However, the execution was BORING. *sigh* There is nothing "thrilling" or "gripping" about this book. It plods along. The first 10% or so of the book is all back story. Then the narrator dies, wakes up in an infant, finds out he is not in the home he expected (nothing nefarious about this happening either) and then he starts adjusting to his new life. I finally quit at 65% because nothing of significance was happening. The narrator was just still adjusting. There was no espionage, no one's life or safety was in danger, no big industrial secrets in jeopardy. Nothing that you expect out of a "psychological thriller". Just a bit of bad financial management of a company (boring) and dull characters.

I also want to warn potential readers that the almost the entire story is written as *narrative*. Dialogue was mostly--though not completely--absent. The narrator simply sums up most conversations. It was strange and puzzling and...boring. You get to know characters through their words as well as their actions, and that wasn't possible in this book.

This book would have gotten only one star, but I though the scientific concept was interesting.

Neil Chapman
5.0 out of 5 stars Utterly Imaginative: Dr. Frame is Frankenstein for the 21st Century
Reviewed in the United States on March 21, 2017
Verified Purchase
James Bannon's utterly imaginative tale transports the reader to shocking, incredibly mind-warping situations: the terminally-ill scientist Dr. Edward Frame is an anti-hero for the new age, whose consciousness is "downloaded" into the brain of an innocent unborn child-- a baby whom he himself had fathered. (Let that sink in for a moment!) Bannon masterfully structures a cautionary tale with fascinating overtones of philosophy, bioethics, horror and romance. It's an epic tale that is one part Frankenstein, another part Brave New World. Dr. Frame is relentless throughout his personal mission that is tender, romantic, deranged and obsessed. One shudders at the thought of the impact of such technology if it were unleaded upon the world. The writer takes you there, and the results are sublimely captivating, if not squirmingly uncomfortable at times. Of course, maximum enjoyment of the book requires some early suspension of disbelief, but the writer's deft description of the science and technology is enough to make the stretch a plausible, if not terrifying, peek into the near future. This is a page-turner into new territory.
Read more
Helpful
Report abuse
See all reviews

Ivan Cotter
4.0 out of 5 stars Good and excellent
Reviewed in the United Kingdom on July 23, 2013
Verified Purchase
Please re-read the Product Description of this book before reading on below.

The reason this review has a peculiar title ("Good and excellent") is explained as follows.

GOOD: The book does a good, workmanlike job of telling the story set out in the Product Description. To use a cliché coined not so long ago, it "does what it says on the tin".

EXCELLENT: As explained in the Product Description, the mind of the protagonist Edward is reborn into a helpless child of a rival. What I found to be excellent was the author's narrative of how the melded personalities of Edward and the child affect the process of development from newborn to adult. This narrative is eerily credible and gripping. Ever said to yourself a much older cliché: "If I only knew then what I know now"? Well, the author has convincingly set out what might happen if this wish were satisfied for the whole journey from babyhood on. And does development on this basis have its good and bad points? The author's writing creates a lot of mind fodder for the reader to form his own answer to this question. Read it and see.
Read more
Report abuse

Mike O'D
4.0 out of 5 stars Not a 'thriller'
Reviewed in the United Kingdom on October 14, 2013
Verified Purchase
I found that this tale seemed to lose its way about a third of the way through. I don't think the quality of writing faltered, only the tenor of the story. There are, of course, huge inherent difficulties in making a tale of somewhat outlandish events seem believable. The science is well enough handled but Adam's development is hard to swallow. There can be no right or wrong to this but the period of Adam's youth changed the tone of voice of the piece and it seemed to lose direction for a time. All in all, though, a well written and thoughtful book that held the attention and was largely an enjoyable read.
Read more
Report abuse
See all reviews
Back to top
Get to Know Us
Make Money with Us
Amazon Payment Products
Let Us Help You
EnglishChoose a language for shopping. United StatesChoose a country/region for shopping.
© 1996-2021, Amazon.com, Inc. or its affiliates