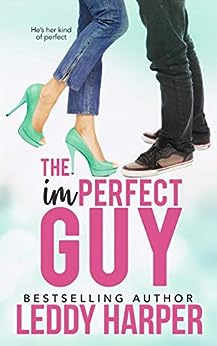 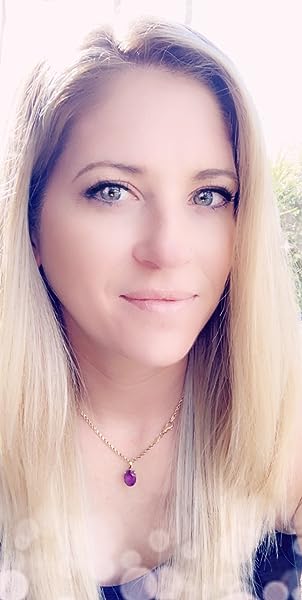 "If you're looking for something never done before, quirky and fun, then you need to meet these im(perfect) two! Another cat in the bag for Leddy Harper!" -Aliana Milano

"I personally enjoyed this story, Harper touched on some sensitive topics; it makes you stop and realise that men like woman have their own body image issues and that behind every picture posted online there could be someone struggling." -Amity Book Reviews

This book was entertaining with characters that were fun and some great banter as well! It's one you should definitely 1 click!" -Marina Skinner, Goodreads

"I loved this book! Very different and lots of ups and downs in the emotional department!" -Stephanie, Goodreads

"This is a story about real people and real feelings that go along with it, you will not be disappointed reading this!" -Ga Books LoverX

"This is your best book to date, and the shower scene made me hot!" -Mimo, adoptive grandma
"Flirty, sexy, and all-around fun read! I devoured The imPERFECT Guy within hours. Finn was the perfect swoony hero. I adored him, and Mady was hysterical. TIG gave a fresh take on office romance, while touching on interpersonal growth and overcoming personal obstacles and insecurities. Another hit for Leddy Harper!" -Summer Reviews

3.9 out of 5 stars
3.9 out of 5
38 global ratings
How are ratings calculated?
To calculate the overall star rating and percentage breakdown by star, we don’t use a simple average. Instead, our system considers things like how recent a review is and if the reviewer bought the item on Amazon. It also analyzes reviews to verify trustworthiness.
Top reviews

Lisa Hines
4.0 out of 5 stars Review: The imPERFECT Guy
Reviewed in the United States on November 26, 2019
Verified Purchase
The imPerfect Guy by Leddy Harper is a standalone contemporary romance told in dual POV between Mady and Finn. This is a sweet strangers to boss/employee to more trope with a bit of angst, a bit of real life, and a bit of fun thrown in the mix. Well-written and moderately paced, we get a front row row seat to Finn and Mady's meet cute, his somewhat alpha tendencies and her interesting career as a social media influencer. I enjoyed the story but occasionally got frustrated with Mady's maturity level and her relationship with her best friends. I feel like if she had perhaps shared more with them instead of keeping secrets there would have been less room for poisonous thoughts to creep in and sow doubt over her & Finn's relationship. Regardless - the happy ever after is well-done. Enjoy!
Read more
Helpful
Report abuse

itsnics
4.0 out of 5 stars Got my attention
Reviewed in the United States on March 13, 2021
Verified Purchase
I really got into it, it had a good story line. I thought it ended quickly though. I would recommend.
Read more
Helpful
Report abuse

jennifer skewes
5.0 out of 5 stars 4.5 stars
Reviewed in the United States on November 24, 2019
It's a well known fact that I am a he fan of Leddy Harper. I have read just about all of her books and there is not one that I did not like. And the imPerfect Guy is no exception. As always she did not disappoint.

Mady is a social media influencer who is beautiful, sweet and has her own flaws and imperfections which is what also made her so lovable. She is looking for a new assistant. When she meets Finn, who based on his resume she thought was a woman, she feels this instant connection but is also not so sure that he is the right person for the job. With some convincing from Finn, she decides to take a chance on him.

Finn is cute, sweet and funny and I felt this instant connection between him and Mady. But he too is flawed and has his own insecurities which is what I loved about him. Normally it it the woman who has insecurities about their physical appearance, but here we see the roles being reversed. Finn is still holding onto his past and because of this his insecurities and feeling of "not being good enough" still haunt him. He sees Mady as this beautiful, sweet and kind woman who in his eyes is not someone that would ever go for him. But as time goes by, there is an attraction between the two of them that they cannot deny. The connection is one that makes you feel like they have known each other for years, it never seemed forced. They just clicked and while they both wanted more, there is also the little issues of Mady being his boss. And if things do not work out she not only loses a friend and lover but also her assistant. Will their relationship get in the way of everything else?

I loved the relationship that they had. They just connected so well. And what I loved the most was that neither one of them was perfect. That is what made this story so real. Both Mady and Finn had their flaws and they are ones that are so relatable on many levels. I loved them both but at times I will say that Finn's insecurities did frustrate me a little. For one I wanted to understand a little bit better, what the issues was with his ex. But aside from that while I did love him I didn't agree with some of his decisions, but it was the way Mady handled things that made me just love the both of them. She had her issues, and she is one of those girls who is sweet and kind to a fault but she was strong when she needed to be. And Finn learned from his mistakes and fought when he needed to fight. They really were perfect for each other.

I loved everything about this book, including the friendships. I loved the foursome of girl friends and the time that a they spent to gather. And Finn's best friend and his wife was also a great addition to this story. I cannot wait to see whose book is next!!
Read more
Helpful
Report abuse

Laurie Reads Romance
4.0 out of 5 stars Funny, sweet, and steamy
Reviewed in the United States on November 20, 2019
Leddy Harper's "The imPERFECT Guy" was funny and sweet, yet steamy at the same time. I liked both of the main characters, especially the female lead, Mady, and thought that they were well-developed. Despite being a brunette, Mady came across as the quintessential "dumb blonde" in Ms. Harper's previous book ("The UnEXpected Plan"), but she seemed so much smarter here. Her mannerisms were a lot more understandable once I learned more about her and her background. Aside from that, Mady was very sweet and outgoing, and I loved watching her slowly gain confidence in herself over the course of the story. She was so much more capable than she gave herself credit for being!

Mady's love interest, Finn, was somewhat more difficult for me to figure out than Mady herself. Most importantly, he was genuinely nice and incredibly protective of Mady, and I really liked that he wasn't the typical buff, super-hot, perfect hero type. He seemed real and attainable, like the kind of guy I'd meet on the street. However, Finn's insecurities often seemed to get the better of him, which was sometimes frustrating for me. Every time I thought he'd finally gotten past them and learned to trust in his relationship with Mady, something new would set him off, and the cycle would start all over again. Fortunately, he did finally get past them, and he and Mady were able to work things out in the end.

The book's secondary characters, especially Mady's three best friends, were a lot of fun, and I would love to see her friend Julie get a story next. She works in a hospital; maybe there's some "Grey's Anatomy"-type action going on there? ;-)

*ARC provided by the author via Social Butterfly PR. All opinions expressed are my own.
Read more
One person found this helpful
Helpful
Report abuse

Michelle Parkerton
VINE VOICE
5.0 out of 5 stars Perfectly Imperfect!!
Reviewed in the United States on November 27, 2019
Oh, how I adored these two! Together, Maddy and Finn are perfectly imperfect!

From the moment they meet — She mistakenly believed he’d be a she — to all of their quirks, insecurities and arguments, I was rooting hard for these two.

I liked that Finn is the assistant to Maddy, rather than the other way around. There’s a delicate balance between these two as he tries to help her build her brand, yet not overstep as her boyfriend or put her down as not being a strong enough businesswoman.

But eventually the lines between their personal and professional lives blur. Finn is a confident guy, but he ends up letting his insecurities get the best of him. Still kind of beaten down from his divorce, he sabotages things when the going gets rough and turns the blame onto Maddy. At least he is man enough to realize that he screwed up and their reunion is worth the wait!

While this is a standalone, it’s set in the same world and timeline as The UnEXpected Plan, as Maddy and Brooke are friends. While the girls all hang out and there are some scenes that also took place in Brooke’s book, there’s nothing that carries over that you would need to know about.