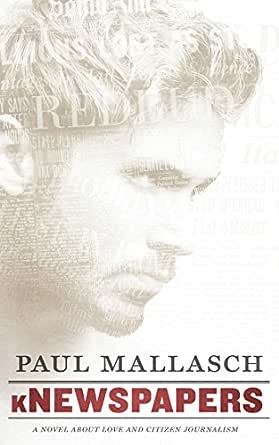 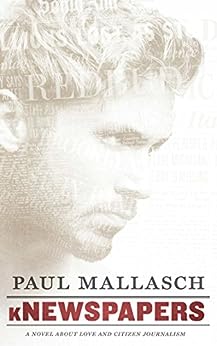 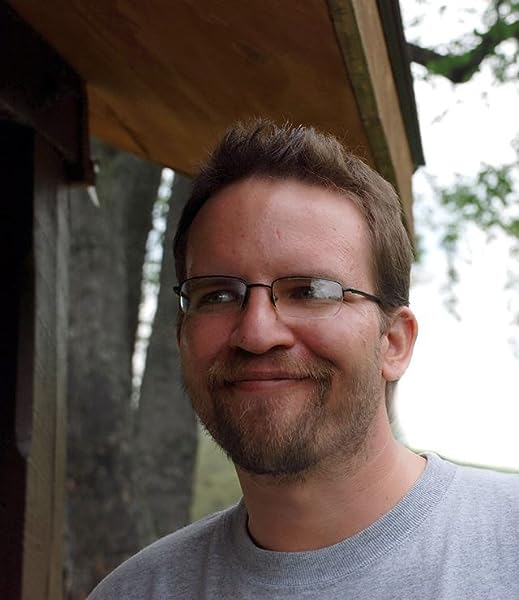 kNewspapers: A Novel About Love and Citizen Journalism Kindle Edition

"The full disclosure of weakness is very powerful." - Amazon Review 6/29/13
"This book is an interesting and inspiring read that left me on the edge of my seat. ... I highly recommend this read for anyone who has ever had a big dream and didn't know how to pursue it." - Amazon Review 7/11/13

Thisis a work of fiction! However, due to string theory, m-theory and thepossibility of parallel worlds, this novel is likely to be anaccurate account of happenings somewhere in the multiverse.

Asfor this universe, any resemblance to "reality" was notintentional and may just be a side effect of quantum entanglement orsome other phenomenon not currently totally understood by mankind.


Forthat feeling -
like playing Chess
w/Scrabblepieces
or whistling words
from distant seasons;
like listening with just
one ear or seeingsomething
out of the corner of your eye as
- not infocus - it slips away.

3.6 out of 5 stars
3.6 out of 5
10 customer ratings
How does Amazon calculate star ratings?
Amazon calculates a product’s star ratings based on a machine learned model instead of a raw data average. The model takes into account factors including the age of a rating, whether the ratings are from verified purchasers, and factors that establish reviewer trustworthiness.
Top Reviews

Karen Massari
4.0 out of 5 stars passion for journalism. amazing book!
Reviewed in the United States on August 4, 2013
Verified Purchase
This book is fun and well-constructed and thought out. Especially the poetry is beautiful and enjoyable, also the parts in which the author has the humility to write about what is really going on, the early "Brandee" parts. This might well be a textbook of sorts for future generations of journalists.

The plot: Journalism is dying and/or changing due to the onslaught of new forms of media. The main character of this novel, an alter ego to the real kPaul, I presume, is taking on the dinosaur corporate American news apparatus, which is struggling with sagging numbers, overstressed employees and runaway readers. But when there is no longer a newspaper to turn to, where can distraught citizens go to report certain forms of abuse? kPaul hopes to build an online grassroots citizen journalism haven after he is let go by a large Indiana newspaper.

The negatives: A little shocking is the utter lack of privacy between author and reader. Some details were just way too intimate for my taste. Then, the author often leads the reader out of the primary storyline into strange subplots, possible futures that then turn out to have been a fantasy, a fantasy of the millionaire win-the-lottery, climb-in-a-spaceship and just go variety. Particularly infuriating were the problems with women, especially Brandee, who in the book has three children. I did not quite understand why the main character had to bombard a single mother with countless texts and messages. She was surely exhausted.

The great positives: I do understand citizen journalism better now. kNewspapers as a novel is a monumental effort, and it is very well done, but at times I felt the author was holding me hostage. If he had told a straight story about Lynda, Brandee and his freepress websites, I would have gladly given a 5-star rave review. The Lynda story alone would have been a great book (sans the self-sabotage details).

My idea of a citizen journalist had always been an L.A. tourist who snaps a picture of a drunk celeb and sends it to the National Enquirer. I could not understand the million-dollar websites running strange articles, picking up the scraps MSM left the contributors to work with. I will always remember this book, but in my opinion, to be a novelist, one must write with one's hearts blood, and kPaul is a great writer, he should just learn to treat himself with more respect.

KonaKathie
3.0 out of 5 stars very nice but could use editing
Reviewed in the United States on August 10, 2014
Verified Purchase
I wanted to like this a lot more than I did. That said, if all the "crazy alternative" departures from the storyline were eliminated, and most of the poetry, it would be a much stronger book. It's funny he mentions Vogon poetry, that's what his sometimes reminded me of.
As a former journalist from one of the major networks, I can certainly agree about the future of journalism! I also liked the "character" of kPaul and his foibles.

sthoma13
4.0 out of 5 stars very interesting and inspiring
Reviewed in the United States on July 11, 2013
Verified Purchase
This book is an interesting and inspiring read that left me on the edge of my seat. I think the author did an excellent job of mixing personal anecdotes with his mission of uncovering the truth about where journalism has ended up. The fantasy sequences were confusing at first, but all in all better helped to illustrate to the reader the mental state that the lead character was in at different stages of the story. This was very raw and emotional, and the author allows the reader to see his character's intense emotional vulnerability. I highly recommend this read for anyone who has ever had a big dream and didn't know how to pursue it.
Read more
2 people found this helpful
Helpful
Comment Report abuse

Tom Grubisich
3.0 out of 5 stars A picaresque journey that makes it half way, and maybe further, to its destination
Reviewed in the United States on October 14, 2013
Verified Purchase
The love half of "kNewspapers: A Novel About Love and Citizen Journalism" is quite the achievement. kPaul's (mis)adventures with Lynda, Brenda and Brandee are hilarious, endearing, revealing and heart breaking. Mallasch has nailed the fictional version of himself, kPaul, who thinks and writes soaring thoughts about love but doesn't know how to live it. He has done the same with the women his namesake pursues, especially struggling "single moms" who try to balance romance and their everyday lives. Brandee is etched with the remarkable understanding of women that Hemingway shows with Jig in his story "Hills Like White Elephants." No small achievement.

I like but am not as enthusiastic about the "civic journalism" half of the book. The picaresque style -- so much, in structure, like "The Adventures of Augie March" -- works very well as you follow Malinksi in the sometimes madcap journey committing "acts of journalism" extending from Muncie, Ind., to Cleveland. There's a wonderful cast of secondary characters whom kPaul enlists to help him produce the journalistic community "conversation" that is missing from mainstream media. Time and again, kPaul talks about his grand mission, but I don't see any examples of specific conversations, whether in Muncie or Cleveland, that are engendered and what they produce (or fail to produce). This is not just kPaul's problem, but the big, nagging question for digital community journalism in real life everywhere in America. Some sites sometimes do succeed in launching conversations about a hot community issue, but what happens that makes a difference? Do these conversations lead to better schools, health and wellness and other community improvements? I'd like to have seen kPaul confront this reality as directly (and rudely) as he did in his would-be romances. kPaul learns about love -- the need to live it as well as think and write about it -- but what does he learn about civic journalism? For starters, I'd like to see how he deals with businesses who say no-thank-you to advertising on his sites - which I'm sure happens to the real kPaul. I'd also like to see the fictional kPaul trying to start a conversation about a specific major issue in Muncie or Cleveland, and then running up against the limitations of civic journalism as its currently practiced, and with the same deeply etched consequences of the love half of the novel.

Mallasch shows great intuition about men and women and how they approach love in what are, so often, fatefully different ways. There's always an audience for love stories, especially ones with contemporary complications. I'd like to see Mallasch write more love stories. His men and women can inhabit the world of citizen journalism, but, to me, their stories of love and other quests in their personal worlds hold more fictional promise. Maybe Mallasch should explore becoming the Raymond Carver of east-central Indiana and northeast Ohio.

Sandy Mallasch
3.0 out of 5 stars Too long and too much!
Reviewed in the United States on June 27, 2013
Verified Purchase
This novel is a first effort from my nephew, who I love very much. To be true to myself, I have to say that the basic story line is excellent and well-written. Where it falls apart are the side trips into Kpaul's imagination a la Walter Mitty. The book is already quite wordy, but the fantasies make it very long and take away from the main points of the book- his love of journalism and his search for love with women. The poetry, while not bad, just distracts the reader from the storyline. The book is trying to do too much in one novel.
Read more
4 people found this helpful
Helpful
Comment Report abuse
See all reviews from the United States