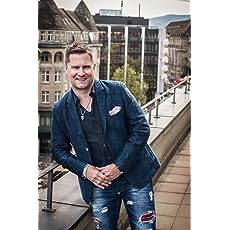 A leading international retail expert serving retailers, high-end fashion and luxury brands as well as landlords and investors, Marc C. Riebe founded The Location Group in 2005. An advisor with a vast international reach, Marc brings among the most robust, expansive retail client lists in the industry, including fashion as well as non-fashion retail brands and restaurants. He also represents various investors and landlords in Switzerland and Europe.

Marc has been involved with some of the most prominent leasing and sales deals in Switzerland, Germany, Austria and various other European major cities in the last decade, and represents runway's finest including LVMH, Kering (formerly PPR), Richemont and Inditex brands, as well as Brunello Cucinelli, Eres, Moncler, among others.

Recently, he negotiated the 30 million Swiss francs lease of a property at Schwanenplatz in Lucerne to one of the world's leading jewellers, representing the landlord. From 2005 to 2012, Marc was involved in more than 1 billion Swiss francs in lease and sale transactions.

With a national reach spanning the most high-profile retail areas, Marc has dominated retail leasing on Zurich's Bahnhofstrasse, Rennweg and Niederdorf (Soho of Zurich), at Rue du Rhône and Rue du Marché in Geneva, Rue du Bourg in Lausanne, via Maistra and via Serlas in St. Moritz, as well Munich's Maximilianstrasse and the top retail markets in Amsterdam, Antwerp, Budapest, Brussels, Berlin, Copenhagen, Hamburg, Milan, Paris, Prague and Vienna. In addition to implementing growth strategies for fashion retailers, designers and landlords, Marc executes retail roll-outs and expansions, for companies such as Bonita and Sunrise opening in locations throughout Switzerland.

Marc has represented restaurants including Burger King, McDonalds, Starbucks, Vapiano and others. He has sold two Swiss Retail Chains with dozens of Locations throughout Switzerland. He also partners with European, American and Asian real estate agents to assist with their search in Switzerland or for his clients abroad.

In Munich for example, Marc was on the tenant side of the Belstaff, Brunello Cucinelli, Escada, Gucci, Tara Jamon leases at Maximilianstrasse as well as Guess in Theatinerstrasse.

On the investment sales side, Marc sold several retail properties in Zurich and throughout Switzerland.

Marc grew up and was educated in an entrepreneur family in Constance (Germany). After an apprenticeship in the real estate and early professional experience with Allianz Immobilien in Munich in 1995, Marc went on to study International Business Finance in Bremen (Germany) and Leeds (England). In 2001 he was subsequently employed by Ernst & Young, responsible with transaction support for due diligence and M&A projects.
Read more 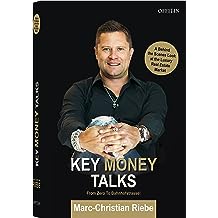 Key Money Talks | From Zero to Bahnhofstrasse: A Behind the Scenes Look at the Luxury Real Estate Market Jan 24, 2016
by Marc-Christian Riebe
$9.90$990
Sold by Amazon.com Services LLC
As CEO and founder of the Location Group in Zürich, Marc-Christian Riebe has been making the news for quite some time. His hard-hitting research publications, provocative way with words, and easy-going style have all thrust him into the limelight. But this prominent real estate expert also has a storied past full of ups and downs. He knows how the worldwide market for luxury brands works. The list of brands for which he has developed new locations reads like a “who’s who” of the fashion scene and restaurant industry. He lives his life according to one motto: “The streets are paved with gold!”
In this book, Riebe describes his unconventional business structures, gives an insight into the toughest defeats he’s suffered, and provides readers with an intimate look at his wild private life.

Marc-Christian Riebe, born in Konstanz in 1973, grew up in an entrepreneurial family. At the age of 22, he finished his education as a real estate specialist and property broker. He gained early professional experience working with Allianz Property GmbH in Munich. He decided to further his education with an advanced certificate, and studied the “European Finance & Accounting” and “International Business Finance” in Bremen (Germany) and Leeds (England). After completing his studies, he worked in transaction support for the auditing firm of Ernst & Young in Mannheim and Frankfurt for three years. In 2005, Riebe founded the Location Group in Zurich, and is the current acting CEO of the company. He traveled the world while building his company, and his meticulous approach to business paid off - today he is known as one of the “Top Five” retail professionals in Europe. Marc-Christian Riebe lives in Zurich. He is married and is the father of a five-year-old daughter.
Read more
Other Formats: Audible Audiobook
$9.90 Kindle Edition 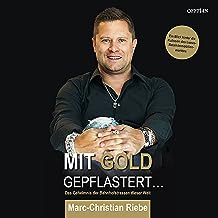