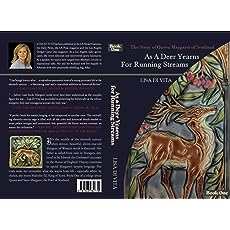 Lisa is pleased to announce that her latest historical novel is published!

"As a Deer Yearns for Running Streams" is Book One in a trilogy about eleventh-century Saint and Queen Margaret of Scotland.

Lisa Di Vita has enjoyed several careers under her maiden and married surnames. She was a working professional actress/singer/dancer for 12 years, performing on stages such as the Shubert Theaters in Los Angeles, New York and Chicago; the Dorothy Chandler, Ahmanson and Mark Taper in Los Angeles and many others across the U.S. Her favorite credit is performing with the Bolshoi Ballet when she was nine years old. She also danced with the Oakland Ballet in high school.

Once she married and became a mother, Lisa moved into sports radio and worked for five years in Los Angeles as a daily radio on-air personality, interviewing athletes, writing editorials and even supplying color commentary for a televised boxing show. She served as President of the Southern CA Sports Broadcasters.

Her quirkier forays include helping train dolphins for a university project in Hawaii, studying Shaolin Kempo for 13 years and Brazilian Jiu-jitsu for four years and singing the national anthem in nearly every sports venue in Southern California. With such varied life experiences under her third degree black belt, Di Vita (her pen name) has turned her attention to the literary arts.
Read more 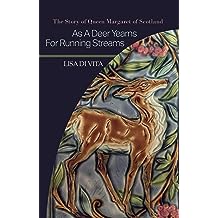 As a Deer Yearns for Running Streams: The Story of Queen Margaret of Scotland Sep 16, 2019
by Lisa Di Vita
( 3 )
$2.99$299
Sold by Amazon.com Services LLC
Set in the middle of the eleventh century, the story of Queen Margaret begins in Hungary, where she and her family are happily living in exile. But, the eleven-year-old Margaret is stunned when her father, Edward the Exile, is called to England as the designated successor of King Edward the Confessor. While her father's fondest dream is becoming a reality, Margaret's deepest dreams are dashed. She is devastated to leave behind not only the abbey where she was to become a nun, but also southern Hungary's Castle Reka, the only home she's ever known.

The family travels across Europe and the Holy Roman Empire, encountering danger and illness. Margaret grapples with her new identity. She resists her destiny, clinging to her dreams. But history isn't finished with her yet. It continually buffets her about, thwarting her desires. The beautiful young girl must decide what kind of woman she'll become. But first, she has to embrace her destiny. A chance meeting with Malcolm III, King of Scots, begins a change of heart. But history isn't finished with Margaret of Wessex yet.

Book One in a trilogy about a remarkable woman, mother, queen and saint: The Story of Queen Margaret of Scotland.
Read more
Other Formats: Paperback
$2.99 Kindle Edition 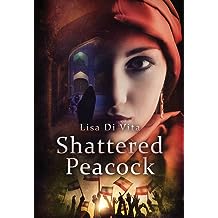 Shattered Peacock: A Story of Life and Revolution in Iran Jun 6, 2017
by Lisa Di Vita
( 11 )
$3.99$399
Sold by Amazon.com Services LLC
A young mother is thrust into the roiling pit of turmoil that was Iran's 1979 Islamic Revolution. Political upheaval steals away Soraya's comfortable existence, piece by piece. When Shah Pahlavi goes into exile and Soraya's husband flees the country for his own safety, Soraya stands alone to face the terror of keeping together what remains of her life.

But now that the Revolutionary government has Soraya in its sights, she has no choice but to leave behind what's left and get out of the country - except that legal ways out of Iran no longer exist for people like her. With no other options, she and the boy must be smuggled out. While her husband anxiously awaits them, they embark on a perilous journey, one fraught with constant danger. Along the way, Soraya discovers strengths she didn't know she had; moreover, she learns how to truly love - her family, herself and those she'd looked down upon, as a path to forgiveness and growth is becomes visible.

On an historic and political level, Iran's theocratic Islamic government today stands on the brink of nuclear capability, and is a major sponsor of terrorism. Through this intensely personal story, "Shattered Peacock" considers how this frightening shift in the balance of power came about.