Choose one Kindle book each month for $1.99 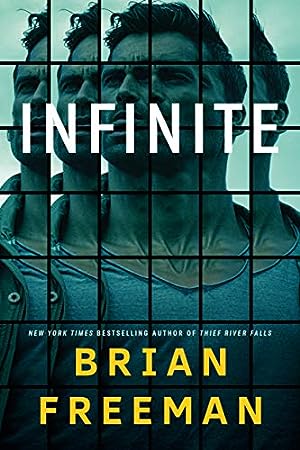 4.4 out of 5 stars (3219)
SHOP NOW
$1.99 (Save $3.00)
Dylan Moran was sure he saw himself on the banks of the river the night he lost his wife Karly in a freak car accident. He also knows how crazy that sounds: How could there be more than one Dylan any more than there could be more than one Karly?

But that’s just what psychiatrist Dr. Eve Brier suggests when Dylan seeks help: there are many worlds with many different versions of him, Karly, and everyone. And sometimes those versions of ourselves are able to cross into universes where they don’t belong. In Dylan’s case, one version of himself is intent on destroying the worlds of other Dylans—killing those closest to them and framing them for murder.

In this mind-bending thriller, bestselling author Brian Freeman proves he’s not only a master of twists and turns but also a master of the human psyche, understanding what it is that drives us to make the decisions we do...and to wish we could change those decisions. I hope you enjoy the ride as much as I did.
— Jessica Tribble Wells, Editor
Read more
See Editor Notes
4.0 out of 5 stars
5 star
0%
4 star
0%
3 star
0%
2 star
0%
1 star
0%
See all 232 reviews 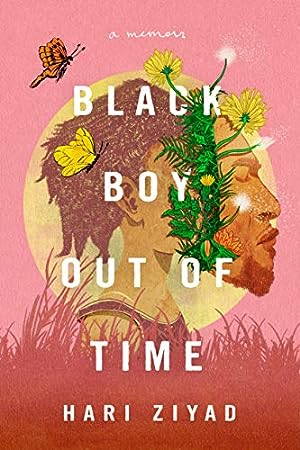 4.0 out of 5 stars (232)
SHOP NOW
$1.99 (Save $3.00)
What I love about memoirs is that, as a reader, I am transported into another life, another perspective, another true lived experience. Hari Ziyad’s memoir did even more. It challenged me to think through my own assumptions about race in America, especially how it impacts Black children on the cusp of adulthood. Through personal stories of Hari’s family, friendships, and romantic relationships, Hari shows the reader how anti-Black racism manifests not only in the structures Black people encounter but also in everyday interactions.

Hari (whose pronouns are they/them) has lived an incredible life so far. Hari is the only (identifying) queer sibling of nineteen children born to a Black Hare Kṛṣṇa mother and Black Muslim father in Cleveland, Ohio. Hari was homeschooled until they were in high school and often felt isolated from their (mostly) devoutly Christian extended family. In their writing, Hari is vulnerable and candid, as they share how they have come to terms with their identity in the face of racial and sexual violence.

Black Boy Out of Time is ultimately hopeful. I was so moved by how Hari examines ways to heal as a community. Urgently, Hari shows us how we can lift and defend Black children today.
— Carmen Johnson, Editor
Read more
See Editor Notes
4.2 out of 5 stars
5 star
0%
4 star
0%
3 star
0%
2 star
0%
1 star
0%
See all 2102 reviews 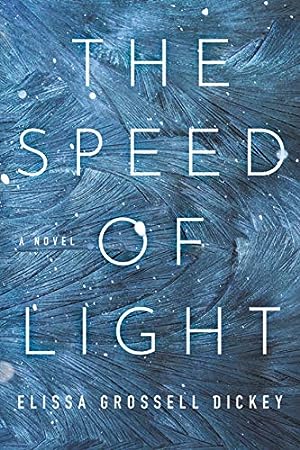 4.2 out of 5 stars (2102)
SHOP NOW
$1.99 (Save $3.00)
Every so often we are reminded of how precious life is, whether it be a close call or an unforeseen tragedy. The worldwide pandemic has certainly made all the little things so much more meaningful, and the loss of my father last year has made each day spent with the ones I love a treasure. Author Elissa Grossell Dickey’s debut novel, The Speed of Light, was fiction that had me experiencing these real-world feelings—I cried, was terrified, and shed happy tears at the end.

Main character Simone is challenged in ways both slow, with a serious medical diagnosis, and lightning fast, with an active shooter at her workplace. How she emerges, hopeful and full of life, is downright inspiring. We may never experience what Simone goes through, but her feelings laid bare allow the reader to experience the tears and joys along with her. I will always be grateful to the author for taking me there.
— Danielle Marshall, Editor
Read more
See Editor Notes
4.2 out of 5 stars
5 star
0%
4 star
0%
3 star
0%
2 star
0%
1 star
0%
See all 3191 reviews 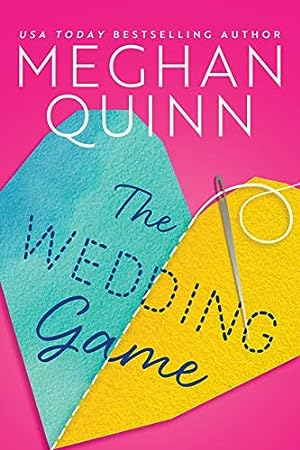 4.2 out of 5 stars (3191)
SHOP NOW
$1.99 (Save $3.00)
I don’t own a hot glue gun. And after a memorable Girl Scout craft that ended in tears and a bag of lentils being accidentally opened in the school library, I’ve stayed away from arts and crafts projects. But the idea of creating something special for someone you love with your own two hands, well that does sound wonderful. (Provided it doesn’t involve lentils.)

That’s why I love The Wedding Game. Luna and Alec are just two people trying to do something special for the people they love. If they happen to fall for each other along the way, well, that’s just some added glitter. Of course, finding your soulmate is never easy, and Alec and Luna hysterically show that it’s even harder when you’re competing against each other on a DIY wedding reality TV show. But like all great enemies-to-lovers stories, it isn’t long before these two adversaries realize they’re meant to be on the same team.

And of course, no one makes me laugh harder than Meghan Quinn. She truly puts the comedy in romantic comedy. (I’m looking at you, flamingo scene.) So, after laughing and happy-crying my way to Luna and Alec’s spectacular HEA, there’s just one question left: What kind of hot glue gun should I buy?
— Lauren Plude, Editor
Read more
See Editor Notes
3.8 out of 5 stars
5 star
0%
4 star
0%
3 star
0%
2 star
0%
1 star
0%
See all 2359 reviews 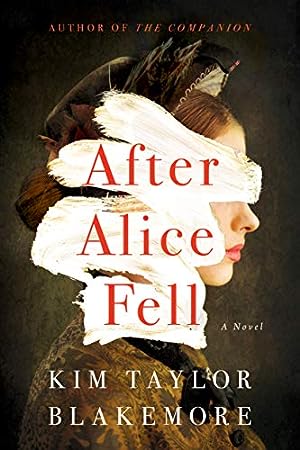 3.8 out of 5 stars (2359)
SHOP NOW
$1.99 (Save $3.00)
Kim Taylor Blakemore’s twisty, historical tales have, dare I say, a “delightful” tendency to begin with the discovery of a dead body. In After Alice Fell, that body couldn’t have been found in a more intriguing setting—a creepy asylum with sinister secrets hiding behind its tightly locked doors. Or, at least, Marion believes they are hiding something when she goes to collect her recently deceased sister, Alice. They say she jumped. Marion thinks she was pushed. And she’s not going to stop digging until she uncovers the truth behind Alice’s fall.

After Alice Fell is expertly crafted, from the complex character development, to the layered family secrets, to the disturbing atmosphere of the asylum itself. Like the inky, black lake bordering Marion’s family estate, the stunning writing in this novel sucked me in, and the compelling, page-turning plot held me under.

And now, I invite you to dive into the dangerous past with this exquisite masterpiece from the acclaimed author of The Companion (which, for the record, opens with several dead bodies). And, if all that isn’t enough, let’s just say the body count is never the same at the end of the story as it was at the beginning...
— Alicia Clancy, Editor
Read more
See Editor Notes
4.3 out of 5 stars
5 star
0%
4 star
0%
3 star
0%
2 star
0%
1 star
0%
See all 1020 reviews 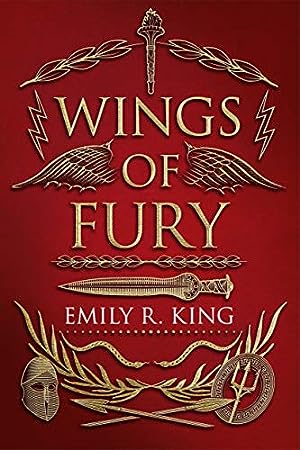 4.3 out of 5 stars (1020)
SHOP NOW
$1.99 (Save $3.00)
Sometimes, the tales we know aren’t the whole story, and much depends on one’s own point of view. In bestselling author Emily R. King’s new fantasy adventure, Wings of Fury, she endeavors to set the record straight with the “real” story of the gods and goddesses of ancient Greece.

Althea and her sisters were raised in the temple of Gaea after their mother’s death—a death Althea rightfully lays at the feet of Cronus, god-king of the land. Althea’s lot seems to be the same as the other women of ancient Greece: subservient to the men who rule. But when a meeting with the Fates reveals her true potential, Althea takes her (and the world’s) destiny into her own hands.

We cheer for Althea and her allies as they fight to rewrite history. And that history is richer for the voices of the underrepresented. After all, as King tells us, “A tale is told that only women know. For when the men of the Golden Age passed down their stories of victory and sacrifice, they did not think to ask the women theirs.”
— Adrienne Procaccini, Editor
Read more
See Editor Notes
4.0 out of 5 stars
5 star
0%
4 star
0%
3 star
0%
2 star
0%
1 star
0%
See all 1549 reviews 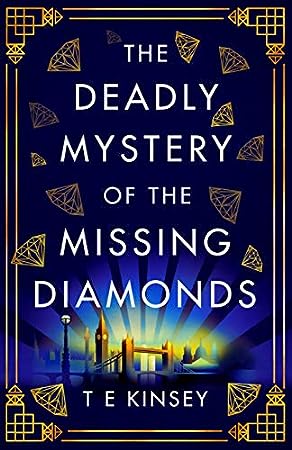 4.0 out of 5 stars (1549)
SHOP NOW
$1.99 (Save $3.00)
The London of 1925 is a city like no other, before or since. As the country recovers from the devastation of war, citizens of the nation’s capital seek refuge in good company, music, and dancing. But in T E Kinsey’s London, that hedonistic reprieve is tempered by something more sinister. A military deserter stalks one of the most fashionable clubs in Mayfair, where it is suspected he has hidden a fortune’s worth of stolen diamonds. And it doesn’t take long before blood is spilled on the ballroom floor.

As the pulsing mystery at the heart of this story wove in and out of the pages, I was immediately swept up by it. This captivating environment was drawn in a way I’d never witnessed before: the sights, sounds, and scents I could almost experience myself. Rather than serving as window dressing, this literary texture pulled me in deeper to the dark mystery waiting in the shadows.

And, as the truth revealed itself, I was left feeling even more impressed with Kinsey’s world—a world that lives and breathes not in spite of the peril these characters find themselves in but because of it. All that glitters is not gold in this novel, which makes it all the more worthwhile to enjoy yourself.
— Jack Butler, Senior Editor
Read more
See Editor Notes
4.4 out of 5 stars
5 star
0%
4 star
0%
3 star
0%
2 star
0%
1 star
0%
See all 454 reviews 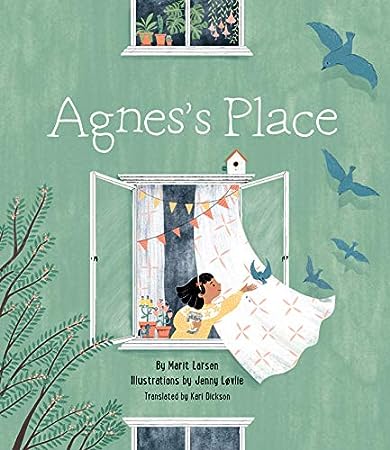 4.4 out of 5 stars (454)
SHOP NOW
$1.99 (Save $3.00)
We all need a place to belong. I love how this book explores that theme through five-year-old Agnes’s very eager eyes. The apartment building where she lives exists as its own character in the story, chock-full of quirky neighbors, and Agnes holds a very special place in this universe.

But it’s all suddenly disrupted when the new girl, Anna, comes along. Although at first Agnes worries she’s being replaced and overlooked by Anna, eventually the two girls find their way to each other—and the result is pure magic! This story reminds readers young and old of the importance of home and the joy and wonder of our first friendships in life.
— Marilyn Brigham, Editor
Read more
See Editor Notes 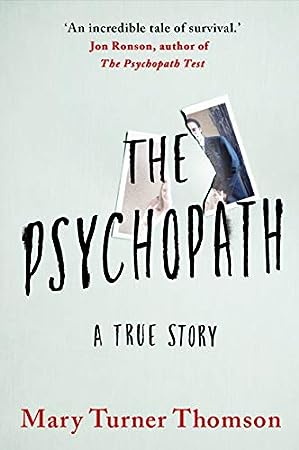 3.7 out of 5 stars (1930)
SHOP NOW
$1.99 (Save $3.00)
Some people have an uncanny knack for manipulating others; we’ve all met people like that. But there’s a special breed of people whose sole aim in life is to use others for their own gain, no matter what destruction they leave in their wake. Often it’s for money, but sometimes it’s purely because they can; they thrive on the thrill of it. These people are psychopaths, and Will Jordan—one-time husband of author Mary Turner Thomson—is one such person.

They had two children together before she discovered that he was married to at least one other woman. But discovering that was only the tip of the iceberg, and in the years since the revelation, more and more of his duplicitous behavior has come to light. As Mary uncovered more, so she became more determined to reclaim her story and help other women in the same position—and there are many.

When I read this book, I was struck not only by this utterly gripping story of betrayal, deception, and retribution, but also by Mary herself. She’s pulled herself up from the depths to be wiser and strong than ever—and is determined not to let the psychopath who once controlled her hurt anyone else.
— Victoria Pepe, Editor
Read more
See Editor Notes