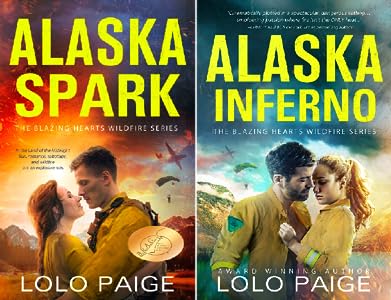 In the Land of the Midnight Sun, fighting wildfires is a dangerous job. The brave women and men of Alaska’s Aurora Crew lay their lives on the line everyday. And in their smoldering mix are the strong, sassy women and smoking hot guys who discover fighting fire isn’t just about battling flames...it’s a willingness to risk everything for love.

Can a chance encounter on a wildfire lead to true love under the midnight sun?

Tara Waters loves being a wildland firefighter and the adrenaline rush of fighting wildfires is her calling. She must be on her game to join an elite hotshot crew in Montana. But when Tara is sent to fight fires in Alaska, her dream falls out of reach.

Sexy Alaskan smokejumper, Ryan O’Connor takes Tara under his wing and counsels her when she fails to save someone on a wildfire. She owes him one, but not her heart just because of his irresistible charm and good looks. Ryan has his own story with plenty of demons in his past. And Tara may be the spark his life needs.

But when a mysterious adversary sabotages Tara on the fire line, she discovers a threat more dangerous than fire—a threat that can destroy everything she’s worked for and second chance for love that could be extinguished before it ignites.

Romance, sabotage, and fire can be a deadly mix!

Can a string of wildfires lead to true love under a midnight sun?

Jon Silva is back as a wildland fire investigator, along with his well-earned reputation as a crack firefighter and notorious serial dater. But things have changed in Jon’s world. Now, there are only two women in his life—the one he wants, and the one who wants him—at any cost.

Liz Harrington returns to Alaska’s Aurora Crew, fighting wildfire to earn seed money for her new business. She resisted her attraction to Jon last fire season, but this season she's not sure she can quell the smoldering passion that ignites whenever they’re together. Though it's tough, she refuses to let her heart be another casualty of the infamous Wildland Wolf.

Someone is setting fires on the Kenai Peninsula. When Jon is summoned to investigate and Liz dispatched to fight the blazes, more than the wildlands are heating up. What Jon discovers blows his world apart. And while Liz fights the most catastrophic fire in Alaska’s history, everything she’s worked for may soon go up in flames.

As Liz and Jon race against time to find the arsonist before their beloved Alaska turns to ash, they must find a way to overcome the lethal forces determined to keep them apart. Fire is unpredictable, and so is love - but will their second chance at romance be extinguished before it's even lit? 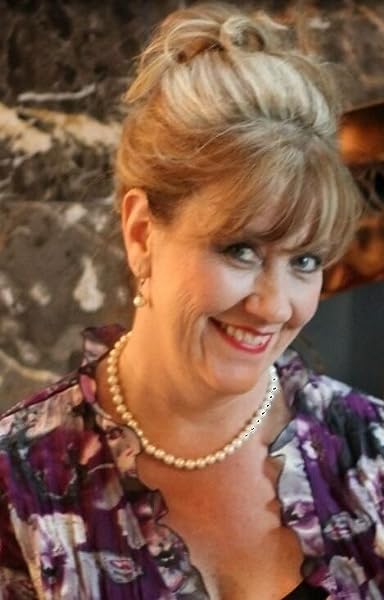 LoLo Paige
Biography
LoLo Paige worked as a wildland firefighter for the Missoula Smokejumper Base and the U.S. Forest Service in Montana. After an action-packed career that included fighting fires in Montana, California, and Alaska, LoLo took up writing full time. Her true story in The Anchorage Press about a close call while fighting wildfires in Alaska, won a 2016 Alaska Press Club award. Her debut novel, ALASKA SPARK is loosely based on that story and has received 3 awards and 2 honorable mentions for romance.

In addition to writing, LoLo holds a master's degree in Environmental Science from Alaska Pacific University and has decades of stage and film acting experience and has appeared as an extra in scenes with Nicolas Cage, John Krasinski, Dermot Mulroney, and Jon Voight. This led to screenwriting and her screenplay, EVACUATION, about a runaway blaze in Alaska, won 4th place in the 2018 L.A. Independent Film Festival.
Read more
Back to top
Get to Know Us
Make Money with Us
Amazon Payment Products
Let Us Help You
EnglishChoose a language for shopping. United StatesChoose a country/region for shopping.
© 1996-2021, Amazon.com, Inc. or its affiliates