Skip to main content
Biophysical Society-IOP (9 books) Kindle Edition
Biophysical Society-IOP (9 books)
Kindle Edition
by Claudia Tanja Mierke (Author) , Professor Harold P Erickson (Author) , Professor John A.M. Ramshaw (Author) and 120 more
In order to increase the healing opportunities of cancer, it is important to impair the dissemination and the spreading of cancer cells from the initial tumor and the formation of metastases in other organs or tissues of the human body. The underlying physical principles of these oncological processes are a major constituent of the research field highlighted in Physics of Cancer. 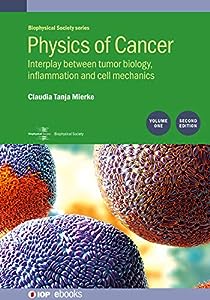 Physics of Cancer: Second edition, volume 1: Interplay between tumor biology, inflammation and cell mechanics (IOP Expanding Physics) (Oct 24, 2018)
by Claudia Tanja Mierke (Author)
In order to increase the healing opportunities of cancer, it is important to impair the dissemination and the spreading of cancer cells from the initial tumor and the formation of metastases in other organs or tissues of the human body. The underlying physical principles of these oncological processes are a major constituent of the research field highlighted in Physics of Cancer. 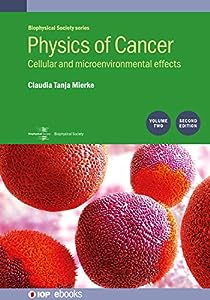 Physics of Cancer: Second edition, volume 2: Cellular and microenvironmental effects (IOP Expanding Physics) (Oct 24, 2018)
by Claudia Tanja Mierke (Author)
In order to increase the healing opportunities of cancer, it is
important to impair the dissemination and the spreading of cancer cells
from the initial tumor and the formation of metastases in other organs
or tissues of the human body. The underlying physical principles of
these oncological processes are a major constituent of the research
field highlighted in Physics of Cancer.

This completely revised second edition of is improved linguistically with multiple increases of the number of
figures and the inclusion of several novel chapters such as actin
filaments during matrix invasion, microtubuli during migration and
matrix invasion, nuclear deformability during migration and matrix
invasion, and the active role of the tumor stroma in regulating cell
invasion. 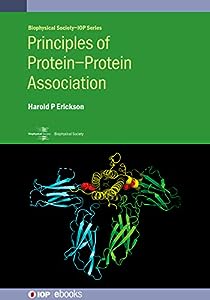 Protein–protein associations are fundamental to biological mechanisms. Developed from lectures given to beginning graduate students in cell and molecular biology, this book presents general principles of thermodynamics and kinetics, and structural principles of protein–protein interface as well as guided reading of informative classic papers. Faculties organizing similar classes, and students and researchers wishing to learn on their own, will also find this book of use. 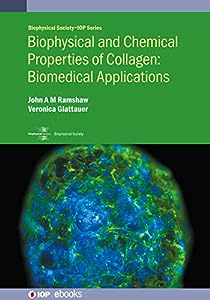 Collagen has proved to be a safe and effective biomedical material. Clinicians have used collagen-based devices in a wide range of applications with successful patient outcomes. This book gives an understanding of how present devices work, how they could be improved, and the development of new devices where a knowledge of collagen structure, chemistry and biology is required. The purification of collagen materials and the fabrication of a range of collagen products and their applications are covered within. Written by experts in the field, this text will be of interest for researchers as well as lecturers and students. 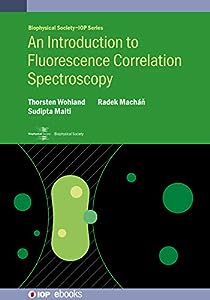 An Introduction to Fluorescence Correlation Spectroscopy represents a comprehensive introduction to fluorescence correlation spectroscopy (FCS), a biophysical experimental technique increasingly used to study and quantify molecular mobility, concentrations and interactions in vitro, as well as in living cells and multicellular organisms. Students and researchers who are new to FCS can use the book as the first introduction to the technique, while those who are already using FCS regularly in their research may find it useful to deepen their understanding of the technique, its possibilities, limitations, and potential pitfalls as well as ways to avoid them.

This book introduces the reader to all aspects of FCS needed for practical usage of the technique in their research. In the beginning the concept of fluorescence intensity fluctuations and their auto- and cross-correlation functions are explained to give readers an understanding of the underlying principles. This is followed by an overview of instrumental FCS setups and various ways of data collection and processing, the derivations of theoretical models relating the experimentally obtained correlation functions to the underlying molecular processes, and the description of the fitting of experimental data with those models. Mathematically more involved portions are separated from the rest of the text and can be easily skipped by readers more interested in the conceptual and practical aspects of FCS. The book contains interactive graphics and is accompanied by an interactive computable document file allowing the reader to test the dependence of FCS results on a variety of experimental parameters, and to gain practical insights into FCS data fitting. 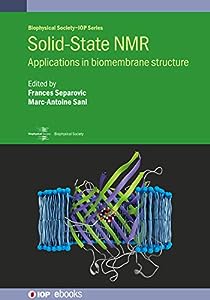 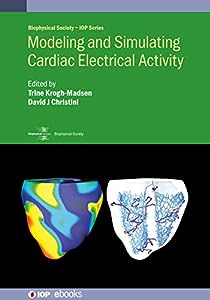 This
book provides a thorough introduction to the topic of mathematical modeling of
electrical activity in the heart, from molecular details of ionic channel
dynamics to clinically derived patient-specific models. It discusses how
cellular ionic models are formulated, introduces commonly used models and
explains why there are so many different models available. The chapters cover
modeling of the intracellular calcium handling that underlies cellular
contraction as well as modeling molecular-level details of cardiac ion channels,
and specialized topics such as cardiomyocyte energetics and
signalling pathways. It is an excellent resource for experienced and
specialized researchers in the field, but also biological scientists with a
limited background in mathematical modelling and computational methods. 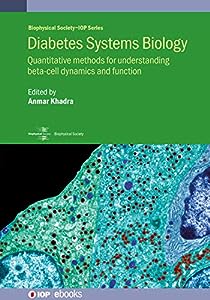 Diabetes Systems Biology provides senior undergraduate students and junior scientists, interested in diabetes systems biology, with a tool to learn more about the mathematical models and methods used to understand macroscopically and microscopically beta-cell behaviour in health and disease. The book introduces readers to the quantitative methods used to examine beta-cell dynamics, islet biology and architecture, as well as diabetes etiology and implications. The goal is to allow junior researchers in the fields of mathematical biology and biophysics to obtain a broad understanding of these quantitative methods, and guide them into taking the first steps into the field of diabetes systems biology. At the end of each chapter, several problem-solving exercises (that require both analytical and computational skills) are provided for the readers to help them become more proficient in this field. 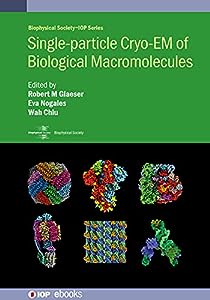 Single-particle Cryo-EM of Biological Macromolecules (Biophysical Society-IOP Series) (May 19, 2021)
4.0 out of 5 stars (1)
This edited book is written for students, postdocs and established investigators who want to enter the field of single-particle cryo-EM. This is a recently developed method to determine high-resolution structures of biological macromolecules. A major strength is the fact that cryo-EM does not require prior crystallization of protein complexes. Furthermore, it is especially well suited for larger complexes and molecular machines, although it can also be used for macromolecules as small as 40 kDa or less. It also is especially well-suited to deliver high-resolution structural information about multiple conformational states.