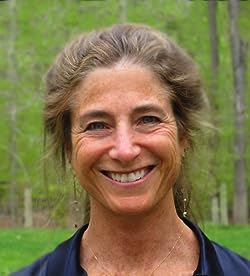 Tara Brach, Ph.D., is a clinical psychologist, an internationally known teacher of mindfulness meditation, and the founder of the Insight Meditation Community of Washington. She is author of bestselling Radical Acceptance, True Refuge, and Radical Compassion. She has contributed numerous articles to popular magazines and websites.

Tara is a frequent keynote speaker at conferences where she discusses the role of mindfulness in emotional healing and spiritual awakening. She leads accredited workshops for mental health professionals interested in integrating meditation into the practice of psychotherapy. Tara also offers meditation retreats at centers in the United States and in Europe.

Her podcasted talks and meditations are downloaded over a million times each month. In addition to her public teaching, Tara is active in bringing meditation into DC area schools, prisons and to underserved populations, and in activities that promote racial justice.
See more