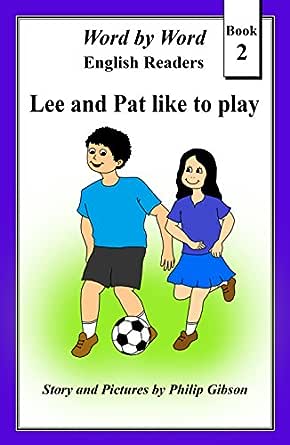 You've subscribed to Word by Word English Readers! We will preorder your items within 24 hours of when they become available. When new books are released, we'll charge your default payment method for the lowest price available during the pre-order period.
Update your device or payment method, cancel individual pre-orders or your subscription at
Your Memberships & Subscriptions
There was an error. We were unable to process your subscription due to an error. Please refresh and try again. 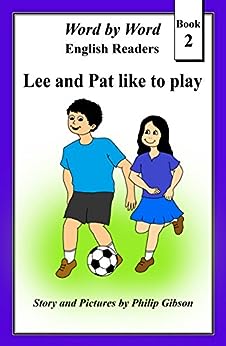 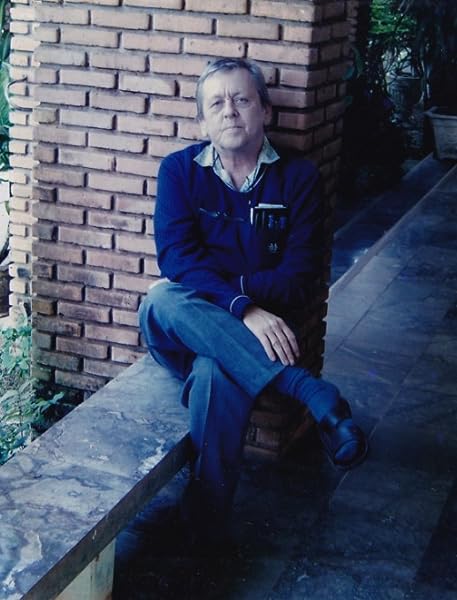 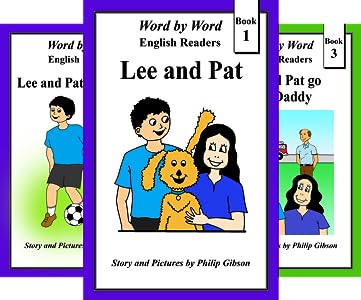 Any good teacher or parent can turn these books into diamond mines!
- Dr Jacques COULARDEAU on February 25, 2016

After graduating from teacher training college in 1974, Philip Gibson first taught children in England and then spent the next 30 years travelling the world teaching English to children and adults in 7 different countries.  He now lives in Laos where, for the past 10 years, he has been researching, writing, trialing and improving his Word by Word series of illustrated graded readers.

All the books in the series have been extensively researched, trialed, improved and taught to many groups and individuals, including Philip's own children. He is now digitizing the entire series in order to make the series globally available for the first time in both ebook and paperback formats.

Philip continues to teach, to write and expects to be able to make the complete 12-book series of books available during the course of the next few months. You can receive Book 2 FREE as well as notification whenever new books in the series become available by signing up for Philip Gibson's newsletter here:  eepurl.com/bPgkdz
Additionally, parents, teachers and children are encouraged to communicate with Philip via email at: philiplaos@yahoo.com. He reads all his emails and always writes back.

NABIL AMAN
4.0 out of 5 stars Four Stars
Reviewed in the United States on April 25, 2016
Verified Purchase
Would be better if the writing is separated from the pictures.
Read more
Helpful
Comment Report abuse

Dr Jacques COULARDEAU
VINE VOICE
5.0 out of 5 stars Let's dance and beat it together
Reviewed in the United States on February 13, 2016
This book is surprising in many ways and will probably lead you to thinking learning how to read can be a game rather than a drill, and yet drilled the children must be. How can you make it into a game?

Philip Gibson does it in several ways.

First he has a boy, a girl, an adult man we could consider as a teacher with his colorful tie and a dog. The boy and the girl are learning not how to read, at least at first, but how to present and recognize objects, learn their names with a shift from the object to the picture of the object and to their written names. It is a game in a way because of the sort of juggling with flash cards with images or flashcards with names.

Second it is a game because it is only question upon question, answer upon answer, negative or affirmative, right or wrong, mostly right. But the questions are asked by the various characters at the same time as they are answered by all those who did not ask them, including the dog. This last element is sweet and should please very young children, probably around four.

Third the first names or nouns that are presented are the two children and the dog, which enables the child to make the difference between masculine and feminine with the personal pronoun also associated with boy and girl, with Lee and Pat. What is funny here is that Lee or Pat are not for boys’ or girls’ names but can be for boys and for girls. Lee is a famous general in a way (and the first name of a famous criminal) and it is also the first name of quite a few women. In the same way Pat can be short for Patricia or just the same for Patrick. Pat is commonly masculine in Ireland and the most famous Postman in England is called Pat. This choice would help the children to be more tolerant, maybe, about the opposition, if there should be one, between boys and girls.

Fourth the introduction of the plural is very progressive, ‘they’ being introduced only page 26, halfway in the book. This also is interesting because of the verbal system behind. The book works on the verb ‘be’ first and also ‘play’ at the very beginning. The verb play introduces the conjugation with ‘s’ to mark the third person of the singular from the very start and ‘like’ follows straight away in the phrase ‘like to play’, whereas the use of the verb ‘be’ is introduced first as ‘is’ hence as a the third person.

Fifth the introductory phrase ‘this is’ is dominant with the ‘boy,’ the ‘girl,’ the ‘dog,’ but also the ‘apple.’ It is only when the ‘ball’ is introduced that the pronoun ‘it’ is brought in. This progressive approach of the third person and the neuter gender last is in a way interesting especially since the dog is systematically masculine. After the ‘ball,’ the ‘book’ and the ‘banana’ will follow. Note the recurrent ‘b’ initial. Note too the dominance of the round shape: ‘apple,’ ‘orange,’ ‘ball,’ even in a way ‘ice-cream.’ This also helps the child because he naturally at the age of four or five associates objects in some compact sets according to one element that makes them similar: roundness is one.

Sixth at the same time some other objects are compacted together by their initial consonant and here ‘b’ is dominant. This is a far-reaching point because ‘b’ is one of the two basic movements of the lips of a child: ‘m’ which is the movement of sucking lips and ‘p’ or ‘b’ the moving of the lips when stopping this sucking movement. That has to do with breast feeding of children by their mothers: sucking their nourishment is the first way they have at their disposal after birth and for quite a long time. Whereas the round shape is visual, the ‘b’ sound has to do with contact, touch, feeling, I mean the skin feeling of the contact between two people, the nourishing person and the baby, both sensorial and emotional.

Seventh the drawings are also both realistic and unrealistic enough for children to be fascinated at times. The dancing ears of the dog are the most striking element along that line. But the drawings are voluntarily kind of naïve, childlike not to be the plain photographic reproduction of the outside world but some slightly out of shape people that should rather attract the children maybe because it is closer to how they see things at a young age, that is to say without the perfection of a line, a shape, with some disturbing movement that makes things slightly blurred and fuzzy.

The last thing I would suggest is that this book should be seen as a perfect tool to build the music of the language. It is practically rap lyrics and could be very easily associated to some rhythmic work with the children both with percussions for instance or in the diction itself. Learning how to read in polyrhythmic culture. In a class we could easily have two groups working on different rhythms and yet having these two rhythms coordinated into a canon or into some fugue or into some counter-responding and contrasting rhythmic verbal lines. It could even be expanded to some physical movement like dancing or strutting up and down in a variety of figures or even clapping hands or some game of the sort with pairs of children.

The danger of that reading technique is that the children may remember more than read. That’s why the introduction of flashcards with the names of the object is a very good thing in this book. I just wonder if it would not be interesting to have an attempt at recording some children playing like that on the text as if it were the lyrics of some rhythmic rap or chant. It has to be tried with a class or a group of children and I think it should be good with very young children in some kindergarten. It is amazing at times how frozen we are in our vision of the psychogenetic timeline of children. They are often able to do things before the age we consider as proper. This book surely entices and incites us to do it.

Kbooks
5.0 out of 5 stars Great first reader set of books
Reviewed in the United States on June 30, 2016
I really liked the first book and this one did not disappoint. This series is a great tool for not only teaching children to read to also to entertain them and teach them other important things they need to know. The books progress and a very good rate for helping children learn to read and also adds other educational aspects such as size, colors, good and bad. I believe this is a good series for teaching very young children to read. Children have the ability to learn to read much earlier than they are usually taught. This book incorporates the reading along with other things small children need to learn. Try this series with your pre-school children and give them a head start for school. I received a copy of this book in exchange for a review.
Read more
2 people found this helpful
Helpful
Comment Report abuse

Jew4Jesus
4.0 out of 5 stars Book 2 Anoither slam dunk
Reviewed in the United States on February 20, 2016
I received this book for my honest opinion.

Lee and Pat like to play is the second book in Mr. Gibson's Word By Word English Readers. It continues from the first book with new words and he makes reading fun. I think these are great books. These books remind me of the Dick and Jane books that I was taught to read from in the Kindergarten. Children will really enjoy reading these books as they learn to read.
Read more
One person found this helpful
Helpful
Comment Report abuse
See all reviews