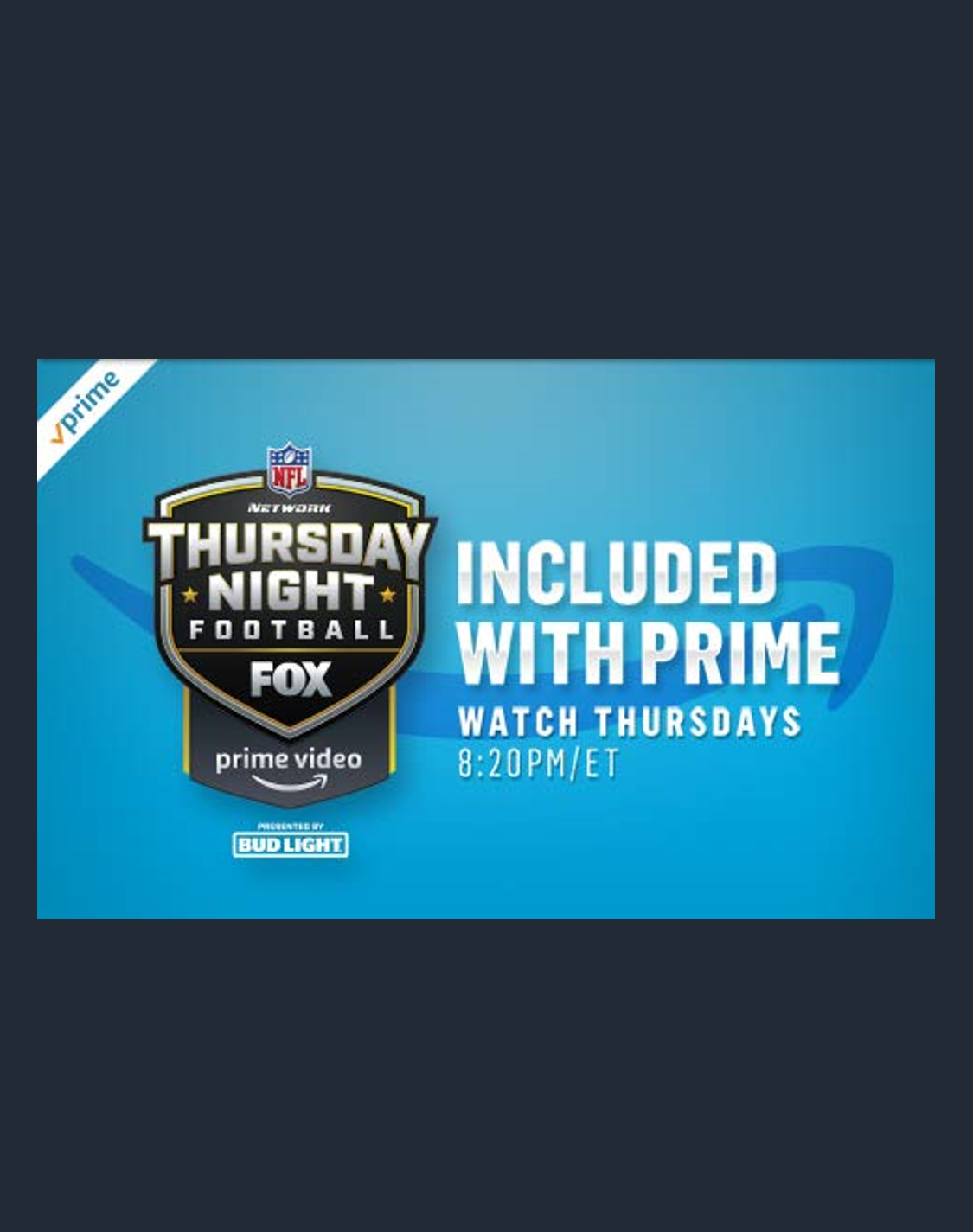 Thursday Night Football is back on Prime Video,* available to stream at no additional cost. All games kick off live at 8:20pm ET/5:20pm PT.


Can't wait until September 26 to watch on Prime? Thursday Night Football begins with a matchup between the Buccaneers and Panthers on September 12, then the Titans take on the Jaguars on September 19. Both games kick off at 8:20pm ET/5:20pm PT on NFL Network. Catch other live games only on NFL Network including two games from London (Panthers vs. Buccaneers on October 13 and Texans vs. Jaguars on November 3 at 9:30am ET/6:30am PT), as well as a late season Saturday tripleheader on December 21 beginning at 1:00pm ET/10:00am PT.


*Games are also available on FOX and NFL Network. Simulcast subject to change.

Not yet a Prime member?