Doug Molitor is an L.A. native who enjoys traffic, brushfires and earthquakes. He is the author of two series of comic novels: The Time Amazon series (Memoirs of a Time Traveler, Confessions of a Time Traveler, Revelations of a Time Traveler and Chronicles of a Time Traveler) and the supernatural rom-com series Full Moon Fever (Monster, He Wrote and Pure Silver.) "You couldn't ask for a finer guide to the future - or the past - than Doug Molitor. " - Larry Gelbart (M*A*S*H, Tootsie, A Funny Thing Happened on the Way to the Forum) Doug wrote for comedies (Sledge Hammer!, Lohman & Barkley, You Can't Take It With You, Police Academy, Rita's World) and sci-fi/fantasy adventure series (Sliders, Mission: Genesis, Adventure Inc., Young Hercules, F/X) and the western comedy Lucky Luke. In animation, he cowrote the feature SpacePOP, and was writer and/or story editor for 200+ episodes of such series as The Wizard of Oz, Happily Ever After, X-Men, The Future Is Wild, Bill & Ted's Excellent Adventures, Sinbad, Where on Earth is Carmen Sandiego?, Class of the Titans, Roswell Conspiracies, Sabrina, Beetlejuice and Captain Planet. For the latter, he won two Environmental Media Awards and was nominated for the Humanitas Prize. His 2008 musical election spoof, with Hillary and Obama singing "Anything You Can Do, I Can Do Better" has reached 2.5 million hits on YouTube. He is a former Jeopardy Champ, appearing a total of 13 days on two versions of the show. https://www.facebook.com/DougMolitorAuthor/?pnref=lhc http://www.dougsdozen.com/MemoirsofaTimeTraveler.html Twitter: @DougMolitor Wed Feb 27, 2013: It’s my honor to participate in “The Next Big Thing” Interview Series, thanks to the recommendation of the gifted, startling and passionate poet Cynthia Schwarztberg Edlow. TNBT: What is the one-sentence synopsis of your book? A wild, amazonian tourist from the future drags a young archaeologist of today on a chase through time, tracking down a maniac who's erasing history. TNBT: Where did the idea come from for the book? I’m fascinated with trying to imagine our future. Rather than depict the usual bleak Armageddon aftermath, I wanted to start with society achieving a 22nd century paradise, then ask myself how that could go haywire...in a comedic way. Looking at how we behave as tourists, and how inaccurate history is in most of our popular entertainment, I thought that if science gave our descendants recreational time travel, it seems almost certain they’d come crashing back into our era and wreak all kinds of havoc. TNBT: What genre does your book fall under? Science-fiction/adventure/humorous. (Subgenres: Time travel/alternate history.) TNBT: What actors would you choose to play the part of your characters in a movie rendition? Let’s face it, you need a star to make a movie. For David, he must project smarts, be good-looking in glasses, and be able to play romantic comedy. A modern Cary Grant. Ryan Gosling is a big star who can play anything. But if I were the director, I’d consider casting someone shorter and expert in comedy (like Seth Green) and surround him with actors the same height. Because if you hire a 6-foot David, casting Ariyl (who’s 6-3) would be tough. Most actresses are petite. Ariyl’s the product of a century of genetic one-upmanship: She’s tall and voluptuous, and strong as an ox. I can’t think of a current star who’d be right. I’m sure the next Julie Newmar is out there; she’s just not famous yet. Having met the man, I wrote the part of the elderly physicist Sven with Eddie Bracken (Hail the Conquering Hero) in mind; alas, Eddie passed away before I turned the script into the novel. TNBT: How long did it take you to write the first draft of the manuscript? Four months. But of course, I’ve been rewriting ever since, so add a few years for the polish. TNBT: Who or what inspired you to write this book? I’ve known an Ariyl or two. And I’ve always loved history, science-fiction and comedy. So I wrote a TV pilot that combined all those elements: a rom-com about a sexy, powerful but naive time-tourist who needs a lot of help to get back home. The teleplay visited Santorini, Atlantis, L.A., and the dystopic future. When a producer took interest in it as a feature and suggested the idea of an antique baseball, I added the Ty Cobb part, plus the Philadelphia scenes. And after reading an article about The Magnificent Ambersons, I rewrote the script as a novel, with the Hollywood subplot that became its centerpiece. TNBT: What else about your book might pique the reader’s interest? The legendary comedy writer Larry Gelbart vetted my 1945 Hollywood chapters, then asked to read the rest and gave me that wonderful blurb. I give thanks to him, and as well to writer/director/Oscar-winning FX artist Randall William Cook and sci-fi author Steven Paul Leiva, and the other authors and SF fans for all their kind reviews on Amazon.com. “Memoirs” is the first volume of a trilogy. If you can’t wait for the next one, I also have a second novel out soon, Full Moon Fever. It has the same quirky humor, but in the paranormal romance genre. An excerpt of it is in the upcoming anthology Love and Other Distractions, edited by Christiana Miller. Links to these upcoming books will be found (shortly) at my webpage: http://www.dougsdozen.com/MemoirsofaTimeTraveler.html If you'd like to see my TV credits, and/or if you enjoy political comedy (and are not exactly convinced that W Bush was our best president ever), please check out my site: www.DougsDozen.com which includes links to my satirical webseries Doug’s Dozen on FunnyOrDie. And if you like all that, please friend me on Facebook! 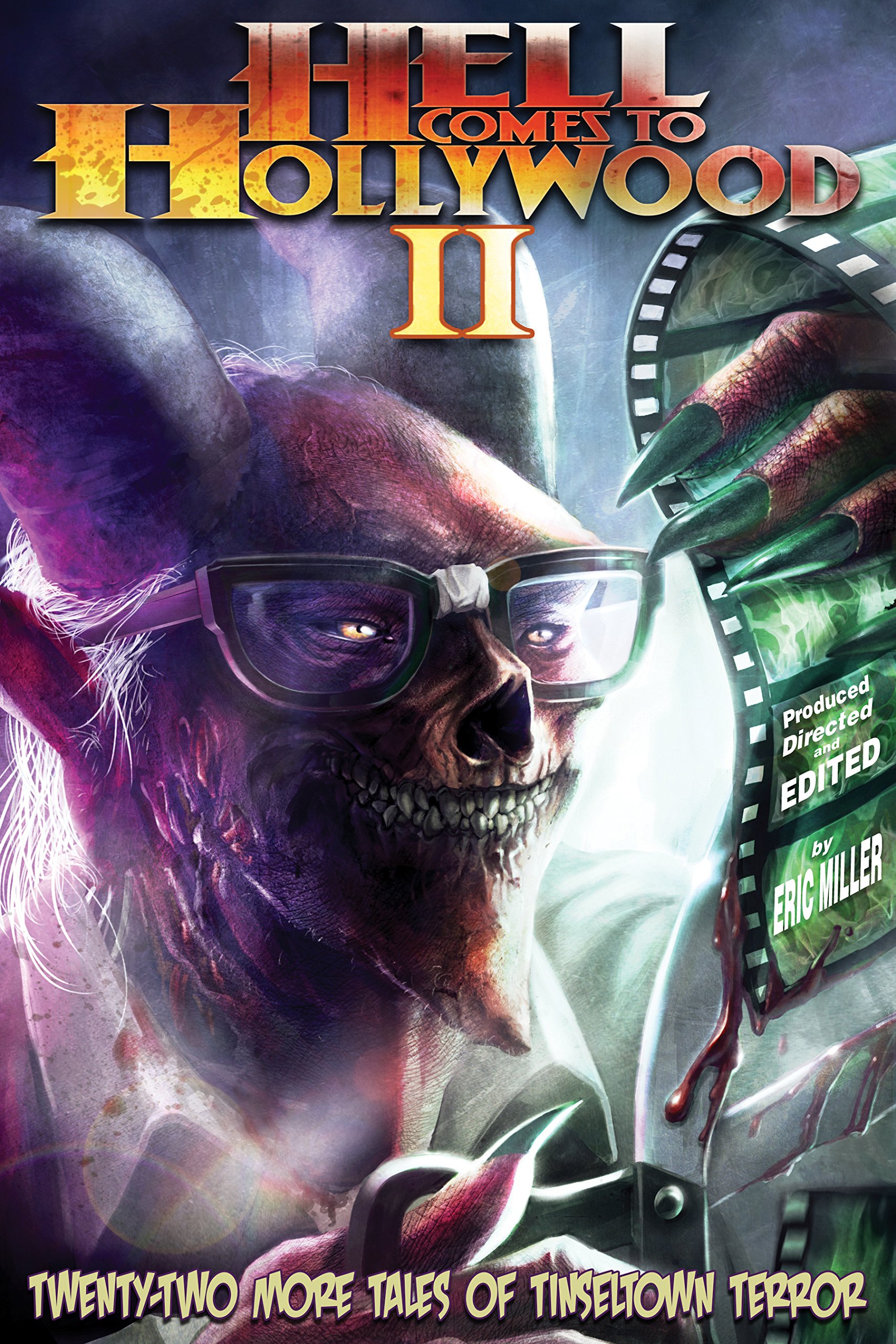 Hell Comes To Hollywood II: Twenty-Two More Tales of Tinseltown Terror
15
Kindle Edition
$3.99
Back to top
Get to Know Us
Make Money with Us
Amazon Payment Products
Let Us Help You
English United States
© 1996-2023, Amazon.com, Inc. or its affiliates