Grig "Punkie" Larson (b. 1968) was born in Cyprus on British soil, the only son of a pair of Swedish-American descendants. He grew up in Northern Virginia, finding fandom through D&D, FanTek, and Rocky Horror. He works as a Linux systems administrator by day, and by night he's masked vigila--er... uh, an author, open source advocate, and works for the DC Rollergirls. Somehow he fooled enough people to be the president of Katsucon Entertainment for the last 3 years, where his staff runs a 15,000 attendee anime convention. He also works for Onezumi Entertainment for Intervention and Regeneration Who. There’s no shame in his game. A staple in VA/DC/MD science fiction and anime fandom since the 1980s, he's been a panelist, moderator, emcee, actor, sketch writer, convention adviser, narrator, and the kind of sub-fame that keeps people from asking, "Hey, how'd HE get in here?" (Answer: We still don't know, but since he’s already here, why not?) He's done everything from chair a convention to being the guy who vacuums the staff suite. In no particular order. (Partially untrue, there’s some kind of order, but it usually involves some ritual chanting and Jelly Babies for sacrifice…) In 1993, his first book, "The Saga of Punk Walrus," became a cult classic. Since then he's been published in Gateways, several short story anthologies, and written several sketches and spoofs for various acting venues. "Trolley," was his first published steampunk/horror novel in 2011. You can often see him at Balticon, Katsucon, Anime Mid Atlantic, and DC Rollergirl home bouts. He is a Redditor and also seen posting on the Ars Technica forums under "punkwalrus." "Space B!tch" is his first dark comedy sci-fi, published in 2015. [I did my best, Grig. I DID MY BEST. *assistant runs away sobbing*] 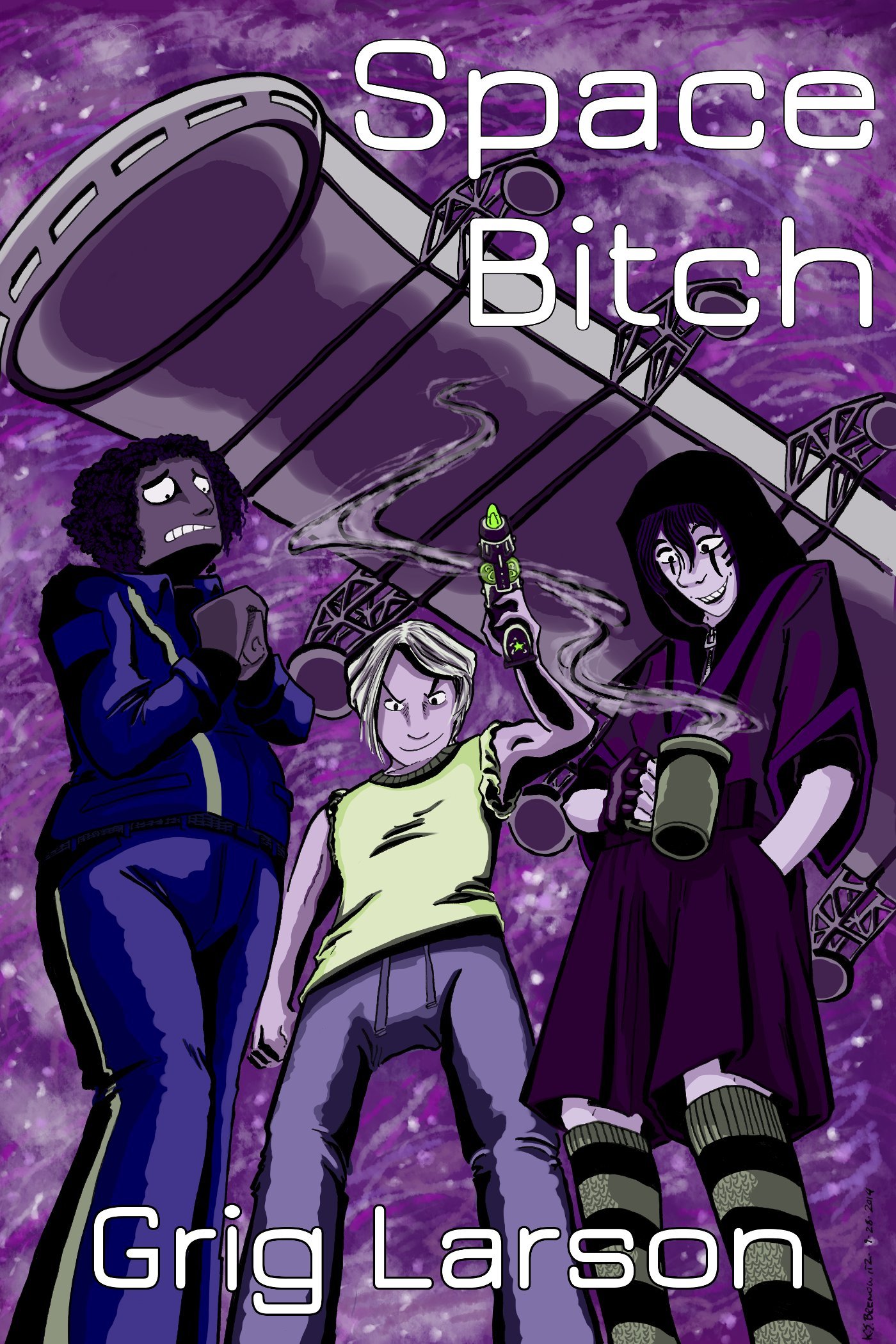