JK Allen received her BA in Creative Writing and English from Michigan State University. She wrote her first story when she first learned how to write and hasn’t looked back since. Common writing themes that can be found in her work address identity, everyday magic, and the type of strength that can be found in ordinary people. Three of her short stories and several poems are featured in anthologies, and the Angelborn series is her debut series. Angelborn, Heavenfire, and Demonkind are all available now. The Half Blood Alliance trilogy is set to start releasing in September of 2020, which is set in the Angelborn world but with new characters. Her reading tastes are as varied as the genres she enjoys writing, from Jane Austen to Diana Wynne Jones. When she’s not writing, you can find her painting, drawing, or lost in another world between the pages of a book. Or on Facebook. 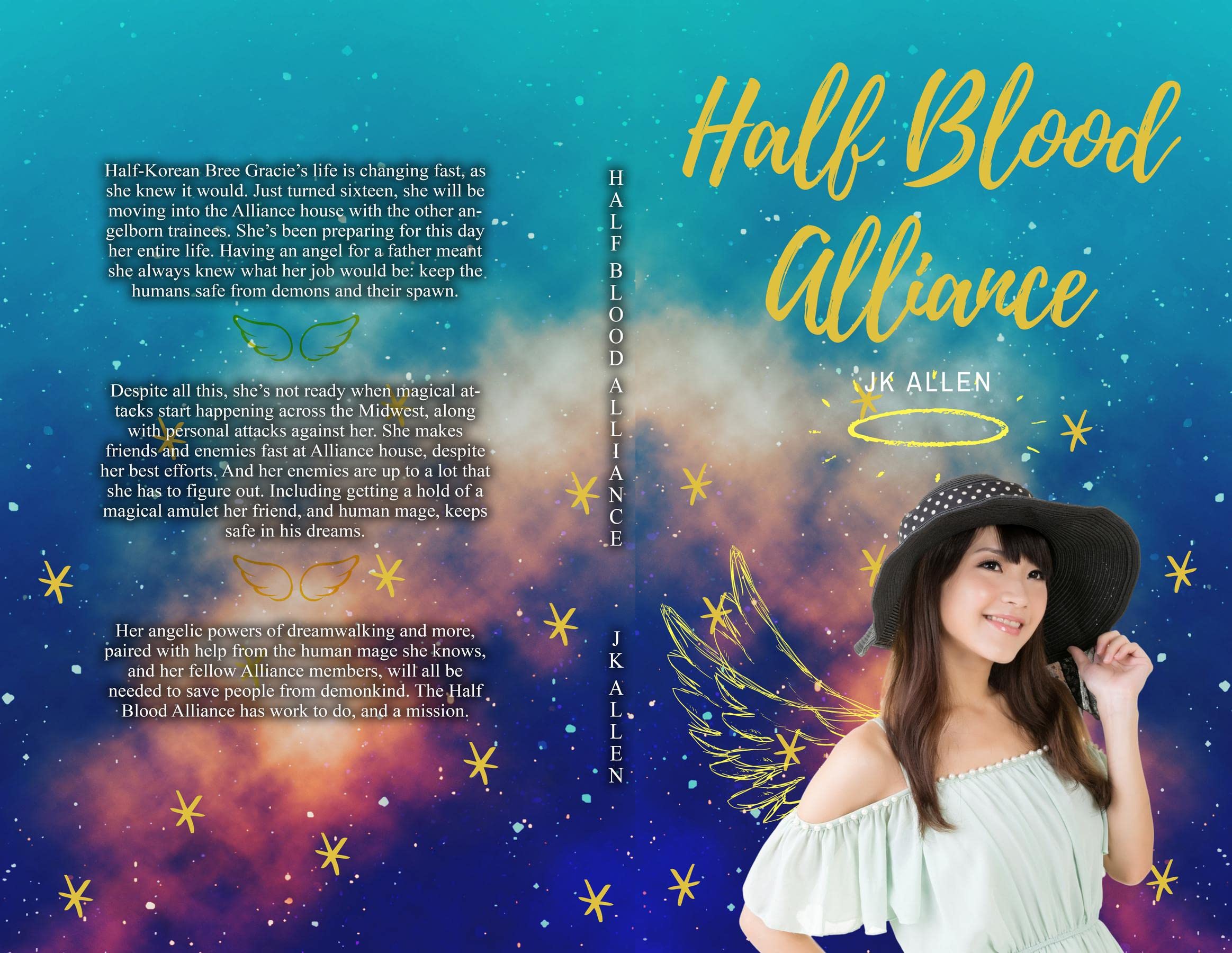