James F. Haggerty is an attorney, author, and one of the leading litigation communications professionals in the world. With more than twenty-five years of experience counseling corporate, nonprofit and individual clients, Jim and his firm, PRCG | Haggerty LLC (www.prcg.com), have been repeatedly ranked as among the top public relations advisors in the United States by the prestigious Chambers & Partners international legal directory. Jim and his team have worked on numerous matters in the U.S. and globally involving product liability, healthcare issues, government investigations, insider trading, financial fraud, product recalls, accidents, workplace violence and discrimination matters. In May, 2017, Jim was named one of the “50 People Who Changed PR” by PR News magazine for his “pioneering” work with communications during legal representation. Jim's first book, IN THE COURT OF PUBLIC OPINION, was initially published in 2003 by John Wiley & Sons and is considered the definitive look at the use of public relations in litigation and other legal disputes. IN THE COURT OF PUBLIC OPINION is now in its third edition, published in 2019 by the American Bar Association, and has been positively featured in Financial Times, American Lawyer, New York Law Journal, the Boston Herald and many other leading publications. Haggerty's second book, CHIEF CRISIS OFFICER: STRUCTURE AND LEADERSHIP FOR EFFECTIVE COMMUNICATIONS RESPONSE (ABA Publishing), was the top public relations hardcover of 2017 and was reprinted in paperback in 2019 with an updated Introduction by the author. CHIEF CRISIS OFFICER has been featured in the Harvard Business Review, Entrepreneur and Fortune, among other media outlets. In addition to his books, Jim has written for The New York Times, USA Today, The National Law Journal, Forbes, Fortune, Entrepreneur and Inc. magazine, among others. He was also a columnist for American Lawyer’s Corporate Counsel magazine from 2011 to 2015, where he was twice nominated for a Neal Award for Business Journalism — the only full-time public relations professional to ever be so honored. 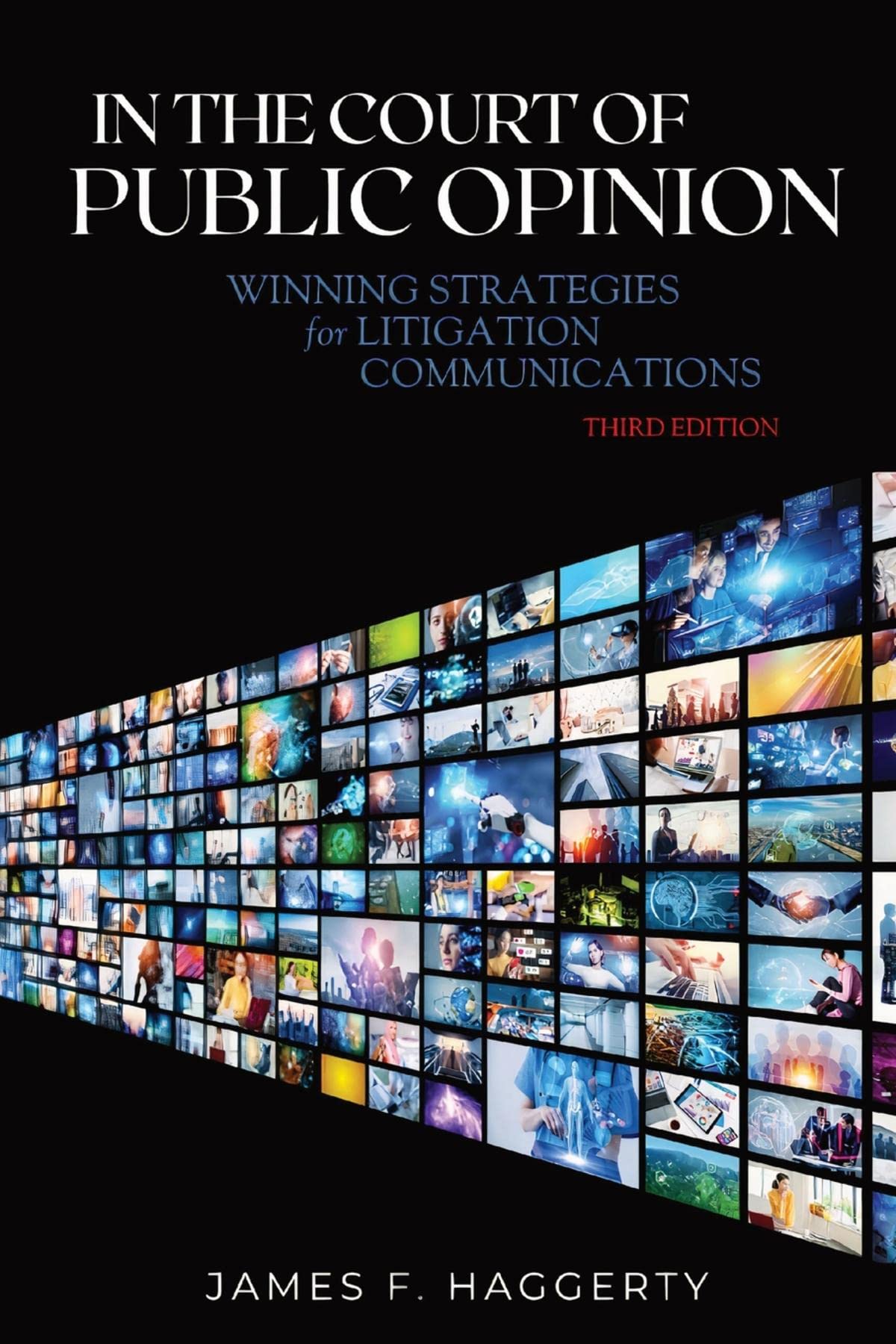 In the Court of Public Opinion: Winning Strategies for Litigation Communications
Kindle Edition
$11.49$14.99
Back to top
Get to Know Us
Make Money with Us
Amazon Payment Products
Let Us Help You
English United States
© 1996-2023, Amazon.com, Inc. or its affiliates