Over a writing career that spans more than 40 years, John Guzlowski has amassed a significant body of published work in a wide range of genres: poetry, prose, literary criticism, reviews, fiction and nonfiction. His poems and stories have appeared in such national journals as North American Review, Ontario Review, Rattle, Chattahoochee Review, Atlanta Review, Nimrod, Crab Orchard Review, Marge, Poetry East, Vocabula Review. He was the featured poet in the 2007 edition of Spoon River Poetry Review. Garrison Keillor read Guzlowski’s poem “What My Father Believed” on his program The Writers Almanac. Critical essays by Guzlowski about contemporary American, Polish, and Jewish authors can be found in such journals as Modern Fiction Studies, Polish Review, Shofar, Polish American Studies, Critique: Studies in Contemporary Fiction, and Studies in Jewish American Literature. His previously published books include Language of Mules (DP Press), Jezyk mulów i inne wiersze (Biblioteka Śląska), Lightning and Ashes (Steel Toe Books), Third Winter of War: Buchenwald (Finishing Line Press), Suitcase Charlie (Kasva Press), Echoes of Tattered Tongues (Aquila Polonica), Little Altar Boy (Kasva Press), and True Confessions: 1965 to Now (Darkhouse Press). Guzlowski’s work has also been included in anthologies such as Descansos, Two-Countries: US Daughters and Sons of Immigrant Parents, Flash Fiction Online, Blood to Remember: American Poets on the Holocaust (Time Being Books), Cherries with Chopin (Moonrise Press), Common Boundary: Stories of Immigration (Editions Bibliotekos), and Longman Academic Reading Series 5 Student Book (Pearson Education ESL). Echoes of Tattered Tongues, his recent memoir in poetry and prose, won the 2017 Ben Franklin Award for Poetry and the Eric Hoffer/Montaigne Award for most thought-provoking work of 2017. Winner of the Illinois Arts Council’s $7,500 Award for Poetry, Guzlowski has also been short-listed for the Bakeless Award and nominated for the Pulitzer Prize twice and the Pushcart Prizes five times. He has been honored by the Georgia State Commission on the Holocaust and the Central Virginia Holocaust Educators for his work on telling the story of slave laborers in Nazi Germany. In reviewing Guzlowski’s book Language of Mules, Nobel Laureate Czeslaw Milosz wrote, “Exceptional…even astonished me…reveals an enormous ability for grasping reality.” Born in a refugee camp in Germany after World War II, Guzlowski came to America with his family as a Displaced Person in 1951. His parents had been Polish slave laborers in Nazi Germany during the war. Growing up in the tough immigrant neighborhoods around Humboldt Park in Chicago, he met hardware store clerks with Auschwitz tattoos on their wrists, Polish cavalry officers who still mourned for their dead horses, and women who had walked from Siberia to Iran to escape the Russians. In much of his work, Guzlowski remembers and honors the experiences and ultimate strength of these voiceless survivors. Guzlowski received his B.A. in English Literature from the University of Illinois, Chicago, and his M.A. and Ph.D. in English from Purdue University. He is a Professor Emeritus of English Literature at Eastern Illinois University, and currently lives in Lynchburg, Virginia. He is also the author of the Hank and Marvin mysteries, reviewed in the New York Times, Wall Street Journal, and elsewhere. His most recent books of poems is True Confessions, a memoir of his life from 1965 to this morning, and Mad Monk Ikkyu, about the mad monk Ikkyu. He is also a weekly columnist for the Dziennik Zwiazkowy, the oldest Polish newspaper in America. 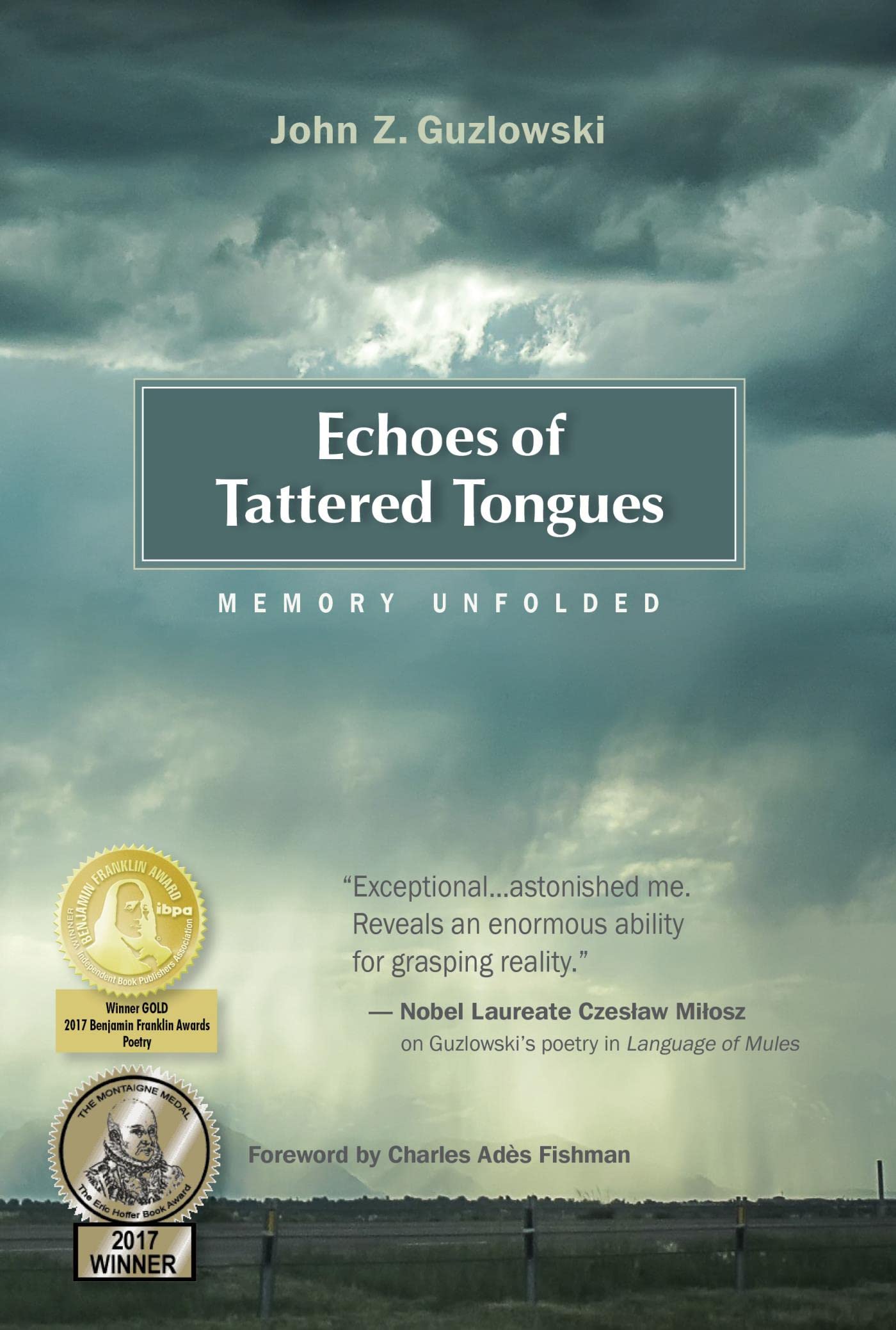 Echoes of Tattered Tongues: Memory Unfolded
64
Kindle Edition
$9.99
Back to top
Get to Know Us
Make Money with Us
Amazon Payment Products
Let Us Help You
English United States
© 1996-2023, Amazon.com, Inc. or its affiliates