You can visit Masha at masha.com and follow her on facebook.com/masha.dyans or @mashadyans on Instagram and Twitter. European-born award-winning artist, stylist and author Masha D'yans dove right into multiple art forms before learning to walk. Relocating at a young age to America, her experimental spirit continued to flourish with formal fine arts education at the New York's Cooper Union and a successful career in graphic design. She then made a return to her innate love of visual story-telling with the launch of a greeting card company based on her own watercolors. Bursting with colorful washes and delicate details, Masha's distinctive, joyful work rapidly gained a following leading to debuts in Barneys NY, Louis Boston, and Neiman Marcus. Today her cards can be found in boutiques internationally as well as in specialty lines developed for retailers like Target, including a large collection in Barnes & Noble nationwide since spring 2021. The ever-growing list of her art products includes apparel + home decor for Neiman Marcus, Urban Outfitters, The Gap, and Target; CD jackets for Bergdorf Goodman; bedding for Garnet Hill and best-selling calendars for Rizzoli. Masha regularly designs paper-engineered cards for MoMA's renowned holiday card line; her ‘Times Square Ball Drop’ design won an international Louie award. Her work has been featured in numerous movies and TV shows including ‘Sex and the City,’ ‘Waiting For Forever,’ Judd Apatow's 'This is Forty,' 'Funny People' and 'The Kids Are Alright.' Masha's art has also been covered extensively by press including multiple reviews by the New York Times, Kirkus, US Vogue, Vogue Russia, Chicago Tribune, AM New York, BookReporter, BookRiot, Entertainment Weekly, etc. With the lure of nature, fashion, fine art and her native fairy tales tugging at her sleeve, Masha continues to expand the bounds of her spry artistic inquiry. She's made multiple forays into the literary world, with book covers like 'All We Have Left' by Wendy Mills; and picture books including the Eric Carle-endorsed pop-up book 'Razzle-Dazzle Ruby' (written, illustrated, and paper-engineered by Masha), 'A Poem as Big as New York City,' the coloring book 'Color Me Enchanted' Kirkus star-reviewed 'Polka Dot Parade: A Book about Bill Cunningham' (with endorsements by Christy Turlington and Eric Carle), 'Parrots, Pugs, and Pixie Dust: A Book About Fashion Designer Judith Leiber,' ' Flower Talk: How Plants Use Color to Communicate' (Cook Prize for STEM books winner). Masha is particularly proud of the latest title she authored and illustrated ‘A Garden In Your Belly; Meet the Microbes in Your Gut’ which is first of its kind and a recipient of the Children's Literature Council of Southern California 2021 Exemplary Work of Creative Non-Fiction award. It introduces young readers to the mind-blowing yet scarcely-explored world of the human microbiome in a poetic, fun way. Keeping our immune system optimized is more crucial than ever and this book aims to move kids’ innate wonder and imagination towards empowered wellness. Masha currently lives in Los Angles with her roam-mate husband and her fantastical fashion collection. You can visit Masha at masha.com and follow her on facebook.com/masha.dyans or @mashadyans on Instagram and Twitter.  Here's what some important people have to say about Masha D'yans' work: Masha's vivid watercolor work brings Bill's photos to life. A stunning marriage of two forms of art. The eyes are on a holiday.  –Eric Carle I love Masha's super-duper Razzle-Dazzle Ruby. The pictures and words in this first-time picture book glide and sing and zippity-zing on every page!" –Eric Carle A delightful book of illustrations that not only move us, but move themselves. How totally charming. –Milton Glaser, Creator of I Heart NY and Starbucks logos Polka Dot Parade is a charming reminder of all the color and joy that Bill Cunningham brought to the Fashion World every day. The industry is not the same without him. Thank you, Masha D'yans and Deborah Blumenthal for creating this lovely celebration of Bill's mark on the world. –Christy Turlington ...fabulously vivid illustrations by Masha D'yans (savor the spot-on illos of fashion luminaries Anna Wintour, Andre Leon Talley, Iris Apfel, Lynn Yaeger and Grace Coddington). –Chicago Tribune Beautifully rendered and told, the book brings to life the work of a gifted 20th-century artist whose creative vision will always be in vogue. –Kirkus Reviews, STARRED review Bill Cunningham was a New York treasure and the most beloved photographer and quirky personality in the fashion business. I am so glad Deborah and Masha created this whimsical storybook, exposing our Bill to whole new audience. I miss you, Bill. –Fern Mallis, Creator of New York Fashion Week This book is really good! Keep up the good work! –Giovanna Battaglia Love Masha’s pictures and her beautiful books! –Lynn Yaeger 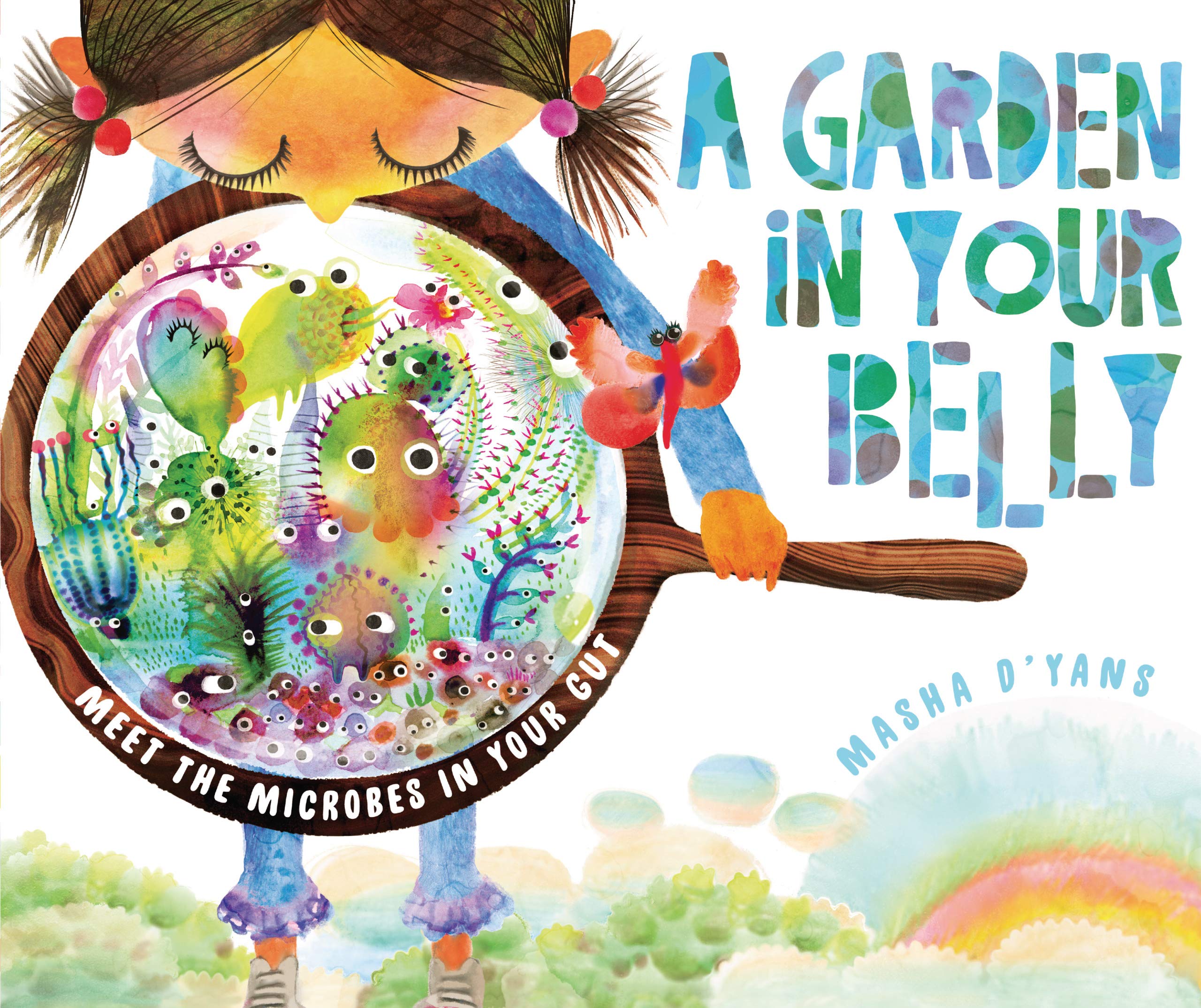 A Garden in Your Belly: Meet the Microbes in Your Gut
52
Kindle Edition
$9.99$19.99
Back to top
Get to Know Us
Make Money with Us
Amazon Payment Products
Let Us Help You
English United States
© 1996-2023, Amazon.com, Inc. or its affiliates