I've had lots of jobs. Sheet folder in a laundry, for instance. Grounds keeper. Roofer. Also, a zoo's keeper of bears. I've been a newspaper reporter, too, and an award-winning magazine writer. So, lots of things. Deep down, though, all along, what I really wanted to do was write fiction. I finally got to do that, thanks to a Pembroke Welsh corgi. If you've never met one, they have stubby legs (corgi means "dwarf dog" in Welsh), perked-up ears, acute intelligence, self esteem (tons of that), and boundless joie-de-vivre. Nosmo came to live with us because he felt dissatisfied with arrangements at his previous home, a half mile up our country road. It was a decision he made, entirely on his own, appearing on her deck every day until we finally got the message. After he lived with us a while, I got to thinking I could read his mind. We'd take a long walk, for instance, and when I'd start back to the house he'd stare at me, a rebellious glint in his eye, meaning: "No way! I want to explore the pine woods." Or he'd sniff along the meadow's edge, furrowing his brow, and I'd know he was expressing outrage over the lingering scent of his arch-enemy, the resident fox. So I could read his mind that much, but I wondered: how would it be to actually speak with animals, back and forth, hearing their thoughts and concerns? A story came to me. It was about a place where certain people do speak with animals, not with tongues, animals being unequipped for that, but mind to mind. It became a novel, "Wil Deft," complete with a fantasy world's corgi. Another novel followed, "Sinnabar," with some of the same characters reappearing, including that talkative corgi. Just out, a new novel, a mystery this time, "Spider's Web in the Green Mountains," and one character is a self-confident corgi, with a bit of swagger in his walk. Now--because of Nosmo--instead of reporting facts, I make stories up. My literary visits to the so-called "real world" are less frequent, because over here in the fictional realm everything seems more intense, and numinous, and dramatic. I hope some readers will join me here, and be entertained. Check us out at www.richardjoycewolkomir.net 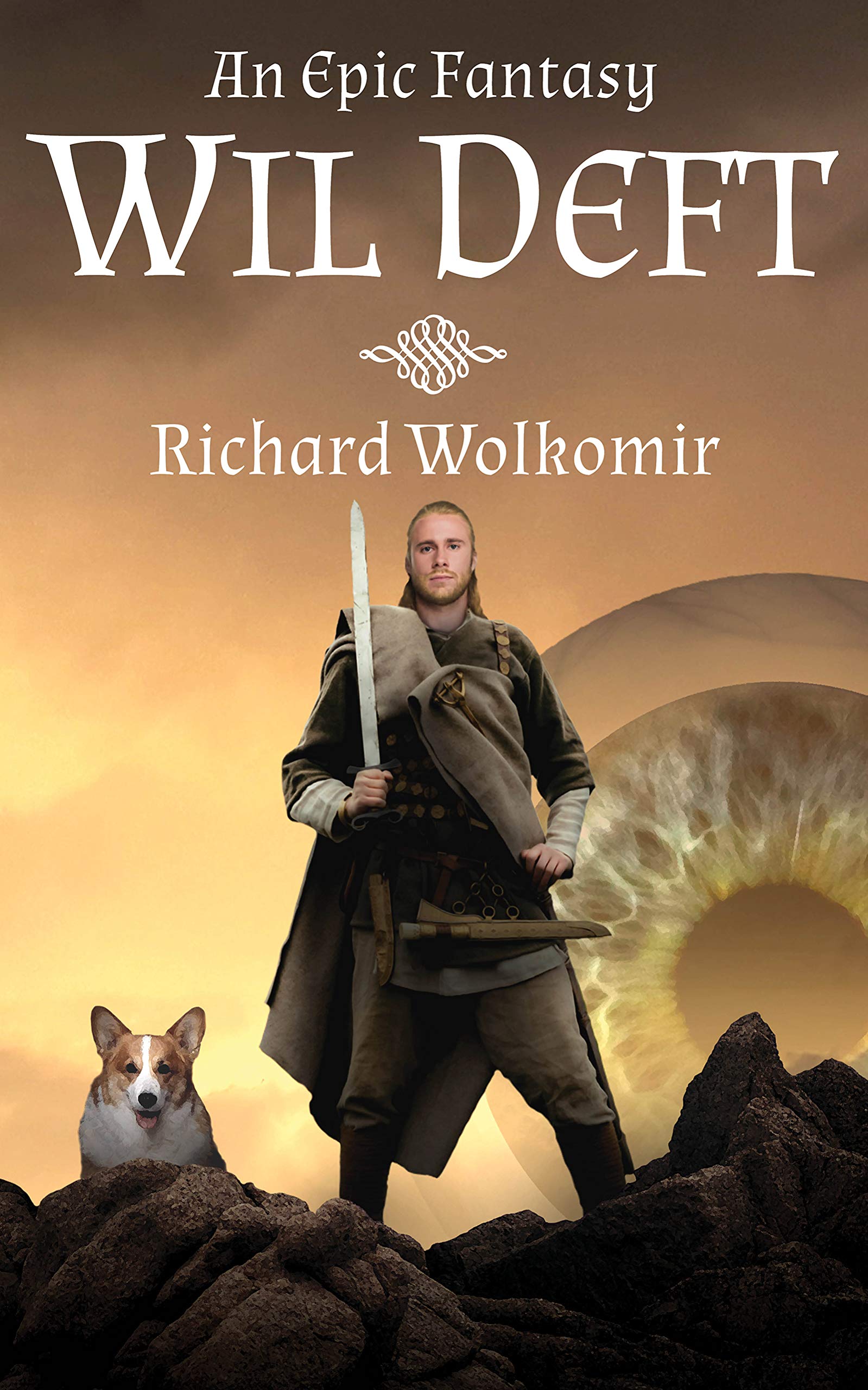