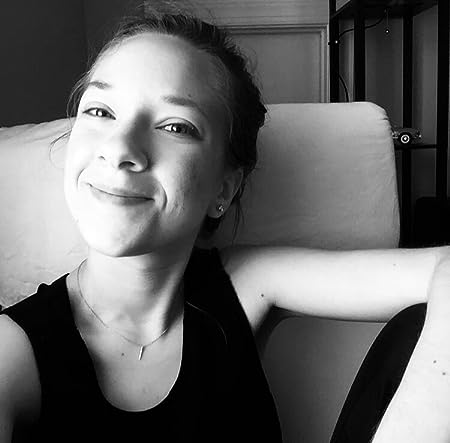 Find out more by visiting https://talisjonesofficial.com 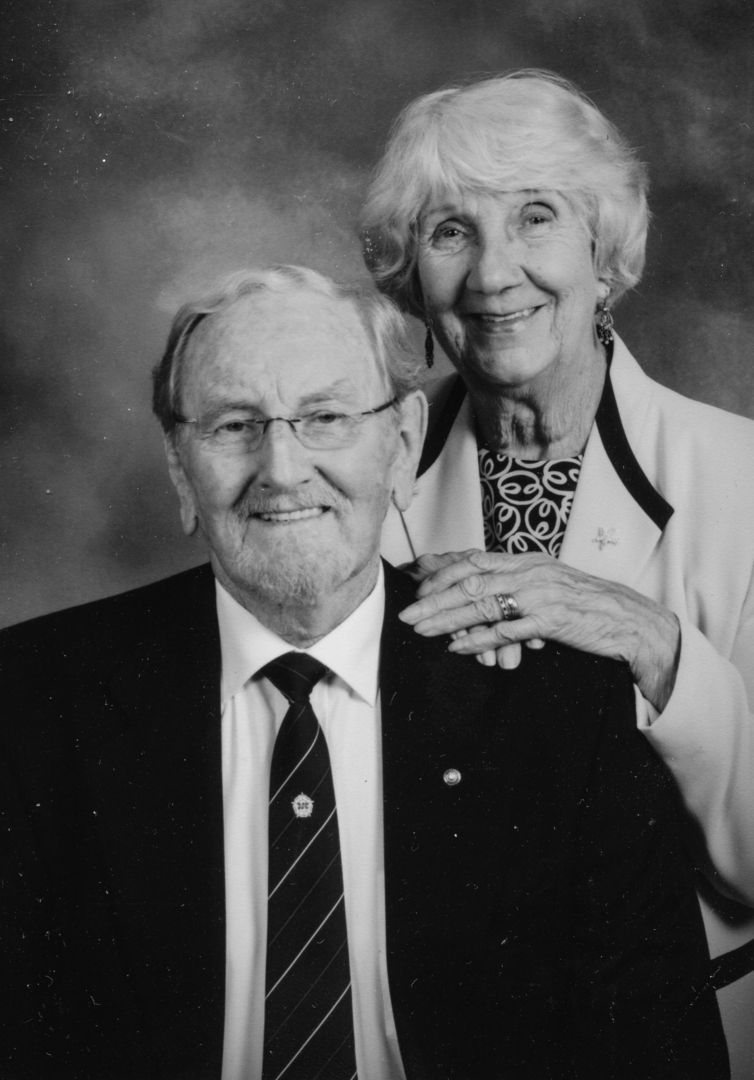 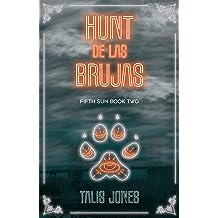 Hunt de las Brujas (Fifth Sun Book 2) Jan 6, 2022
by Talis Jones
( 4 )
$4.99
Recovering from the aftermath of the Wraith King’s attack, Selah bided her time in Mexico under Rafael’s protection. When her old allies-turned-enemies showed up on the Malinche coven’s doorstep with demands, however, Rafael would have to think fast to keep Selah out of their clutches. To make matters worse, there’s a new monster sharpening its claws and it’s the last person they’d ever guess could betray them. 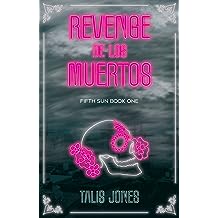 Selah’s biggest dilemma was trying to decide what to study in college. That is, until she stumbled across a clue to the grandparents she’d never met and hopped on a plane to Mexico where she would discover an entire hidden world of magic and monsters. Her best friend was a bruja, the Chupacabra was more than a myth, and she’d inadvertently caught the attention of the terrifying Blood King with golden eyes. What started as a two-week vacation quickly devolved into an adventure she might never return from.

Día de los Muertos had almost arrived and the monsters were on the hunt. 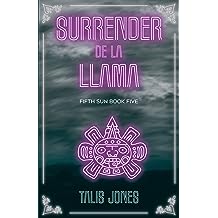 Surrender de la Llama (Fifth Sun Book 5) Jul 16, 2022
by Talis Jones
( 1 )
$4.99
A breach in the gate between realms allowed the celestial battle of angels and demons to leak into the human world, but the weight of that failure wasn’t the only thing tearing Selah apart. Betrayal by someone she loved and the price she’d have to pay left Selah holding the fate of the Fifth Sun in her hands while Rafael must choose between his heart and his crown. Would this become the earth’s final song? Or could peace be wrung from a war too stubborn to yield? 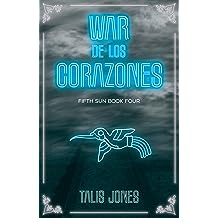 War de los Corazones (Fifth Sun Book 4) May 5, 2022
by Talis Jones
( 2 )
$4.99
Azconetl walked the earth, but her presence drew near those determined to overthrow it. With demons howling at the gate and the Malinche exhausted from defending their city, someone seized an opportunity to slip through unseen. Selah would be tested in her new role as a guardian while Rafael continued to battle the weight of his crown. If they didn’t act quickly, the Fifth Sun may set for good ushering forth the end of the world as they knew it.

This Cinco de Mayo may be the last.
Read more
Other Formats: Paperback 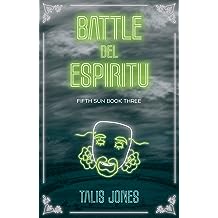 Battle del Espíritu (Fifth Sun Book 3) Mar 2, 2022
by Talis Jones
( 2 )
$4.99
The city stirred with the thrill of Carnaval as Rafael raced to find a way to reverse the split in Selah’s soul and protect his city before it’s too late. With Selah’s dark side unleashed, new enemies had arrived very interested in recruiting her or destroying her for good. Selah raging for her freedom and Rafael guarding her back, the Malinche scrambled to defend their loyalties fractured beneath the weight of betrayals and manipulations. Worse, a new arrival carried the power to tear their leader away. Torn between love and power, duty and heart, both Selah and Rafael would have to remain strong against the forces that yearned to control them before the looming deadline. 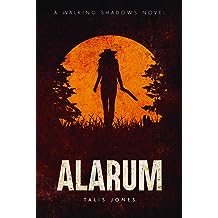 I stare coldly at my fading reflection with only one question to ask:
Them or Me?

Set in a future where the United States has fallen, Sofia is ripped from her home as a child and forced to endure the harshness around her or else surrender to the dust of bones she treads on. Her life becomes simple: kill or be killed. What she didn’t count on was the heavy cost this world would drain from her soul. When she crosses paths with a curious stranger who offers to show her a place without a map, they head across the crumbling land in search of the fabled Sanctuary. Neither enemies nor elements that rip her hair and claw at her heels can stand in the way of her will to survive.

They say demons lurk in the shadows, but here they strut boldly under the angry sun.
Read more
Other Formats: Paperback 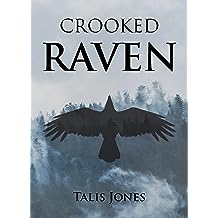 There is an island that protects the young not because they are lost, but because they were taken. The Island of Oneiroi is not a mere destination for children and dreamers – it’s a sanctuary for the murdered and vengeance has come.

Adrianna Verdandi holds the cooling corpse of her foster brother, Geoffrey Martinez, when a curious stranger turns up with an invitation of passage to an impossible realm. Little did she know that accepting a second chance would bind their fates to the very darkness they flee from.

Time is of the essence, the rebels are rising up, ancient forces stir in the northern woods, and through it all a strange sailor named Titus watches bemused, shrewd, and knowing far more than he is willing to divulge about this ruthless game for power.

The darkness isn’t coming. It’s already there, walking in your shadow.
Read more
Other Formats: Paperback 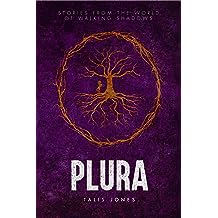 Dawn to Dusk Connors’ world has fallen apart. Once a wealthy lawyer on the rise, he’s now reduced to learning the art of the gun as he faces the wild road in search of his missing family.

“But a Dream” An alternate ending to Alarum, the first book in the Walking Shadows series.

“Taming of the Tiger” Mara has lost her eye, her family, and too much else. A feared warrior, some call her crazy behind her back, but she’s comfortable being alone. That is, until a red-haired stranger threatens to steal the one thing she has left: her heart.

“Freckles and the Devil” Maddy has been forced into service as Agent Paladin and without her makeshift family, she has nothing else to fight for. Until a long-lost ally sets her free and the chance to love rises once again.

“Never Forgotten” Maverick served a toppled regime and now he faces the challenges of leading a rising one. When he isn’t occupied with holding a people together, he wonders about his lost sister and certainly doesn’t expect her to be headed his way.

“Into the Sunset” Where is everyone now? Enjoy a reunion of characters new and old set a few years after Initus, the last book in the Walking Shadows series.
Read more
Other Formats: Paperback 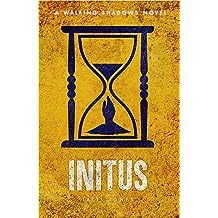 Initus (Walking Shadows Book 5) Jul 4, 2021
by Talis Jones
$4.99
A BEGINNING.
Morgan Travers was little more than a favored intern at a top medical research facility with a bright future ahead of her. She laughed, she worked, she lived, and she’d at last earned the coveted favor of her mentor, Dr. Xi. Morgan was a nobody, but she was going places. Until one choice destroyed everything: her career, her life, her nation. In one horror-filled moment, Morgan Travers became an infamous curse on everyone’s lips.

A REPEAL.
Locked in the darkness until her hair begins to gray, a mysterious offer interrupts Morgan’s sealed fate. If she agrees, she could undo the nightmare, restore order to a land destroyed, and exact revenge on those who had betrayed her. The question is: where is the line and will she be willing to cross it?

The thrilling conclusion to the Walking Shadows series unveils the mysterious, dark origins of its dystopian world at last.
Read more
Other Formats: Paperback 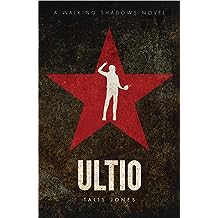 Under a symphony of explosions and allegiance sung in minor key, a mysterious assassin called Ares rises from the ashes to challenge both leaders and citizens alike. Fear and false comforts hold society in its prison and after so many years of obedience will they be able to open their eyes and grasp onto the change Ares offers them? Ares has plotted patiently and remains steadfast on her path, moving her pawns across the board biding her time for rebellion to ignite. When the clock chimes at last the people will stand behind her or condemn her to face her fate alone.

The future of the Pacific Confederation hangs in the balance and one persistent inspector could be all it takes to hold the cornerstone in place. Will the iron rule hold? Or will the cries for freedom shatter the walls at last?

…For a change is a must when our cause it is just
Read more
Other Formats: Paperback 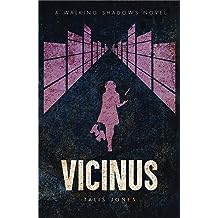 Stories of the wealthy and magnanimous Rochester Alliance have carried Maddy thousands of miles to reach its gates while hoping it might be the one place that can keep her ghosts out. Except what if the fate she thought long left behind is simply biding its time?

The Alliance may boast technological feats and prestige, but it isn’t this gilded world that saves her when Maddy stumbles across the border as a refugee on the run. Taken under the wing of notorious thieves, the gritty urban underground becomes both shield and sword when her life is suddenly ripped from the shadows one Christmas Eve that brings a heist, a diplomat, and a secret threatening to drag her back to the one place she won’t survive. Little does she know that soon a ghost will slip through with salvation in one hand and strings in the other set on collecting an old debt that could change Maddy’s world forever.

If you give a rat a cookie, will it still eye your flesh?
Read more
Other Formats: Paperback 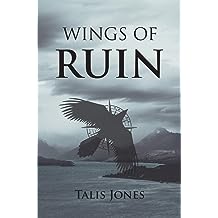 Wings of Ruin (Otherworld Book 3) Jun 29, 2020
by Talis Jones
( 3 )
$4.99
Greeted by the dead of night and raised on the fringe of greatness…she was always destined for something more. But she was a heroine who walked in shadow and this is not a fairy tale.

At last the story of the infamous Crown, Cassandra Böcklin, is unveiled. Pawn of a prophecy and doomed to a fate of her own making, a girl who once dreamed of belonging grows twisted into a tormented soul with a talent for draining the life of her enemies to sate her ambition. Hungry and betrayed, witness her rise to power as she tears through worlds, builds herself a throne, and seizes the Island of Dreams for her own reign. The Crown shall rise and the dead will bow. There’s only one thing she overlooked…

The epic story that both precedes and concludes the Otherworld Trilogy.
Read more
Other Formats: Paperback