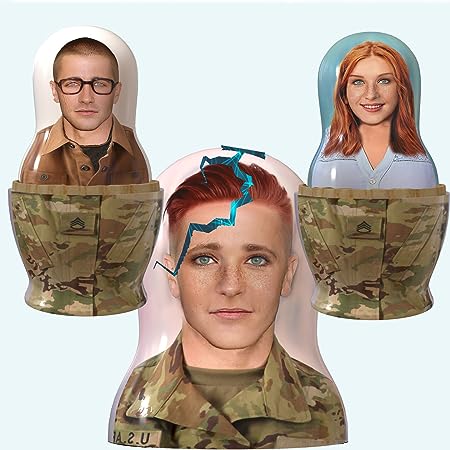 A systems engineer and master naturalist, Terry Gene combines his deep knowledge of technology and the complexity of life to form Sci Fi thrillers about our reality. He stumbled into the deep issues of personal identity during an anxiety attack on the concierge floor in a Doubletree Hotel (nice cookies). The expanded into examination of technology defines us and who we are. His newsletter, subscribe to http://eepurl.com/gsHttr, provides humorous insight into what’s messing with his muse this week. 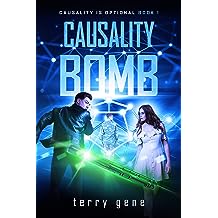 A MIND-BENDING AND SUSPENSEFUL JOURNEY INTO EXISTENTIALISM AND THE INTERCONNECTEDNESS OF THE HUMAN RACE.

As veteran Alex Jane Merk passes through the nexus of the effect, she splits into two identities—each with full histories of their own—merged into one body.

One identity, Army veteran Alex James Monroe, remembers a life full of failure, loss, and PTSD. The second identity, freshman college coed Sarah Beth Merk, remembers a difficult childhood in a suburban upbringing. Both sense each other but neither believes the other really exists.

To survive, they must accept their shared fates and find the person responsible for the fission before time runs out. Because if they fail, they will not only die, but they will also take everyone they have ever known with them.
Read more
Other Formats: Paperback 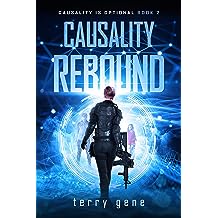 If you are the cause; can you be the cure?

Sarah Beth has hated life since that day ten years ago when her male and female sides remerged to form her. She suffers from survivor's guilt over the quantum energy experiment that forced her two parts to cease to exist. While her male side resolved her PTSD and abusive childhood training, her female side never addressed trauma from childhood experiments.

Sarah Beth has taken refuge in her male side and eschewing everything feminine. Complicating this is her need to protect Alex her male-side's accidental child, a forgotten millennia-old alien invasion, and threats to harvest her energy. She conducts dangerous quantum free-energy experiments to bring back Alex and Sarah. Only with her death will she find meaning in her life.

This second novel of the Causality is Optional novel cycle continues the unraveling the impossibility that is Sarah Beth.