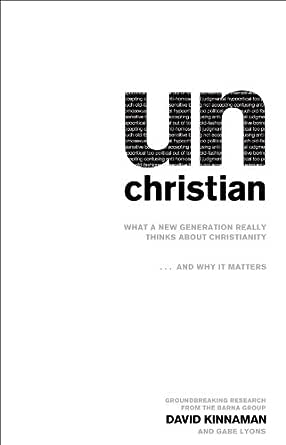 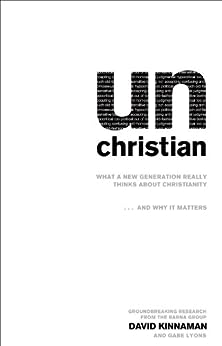 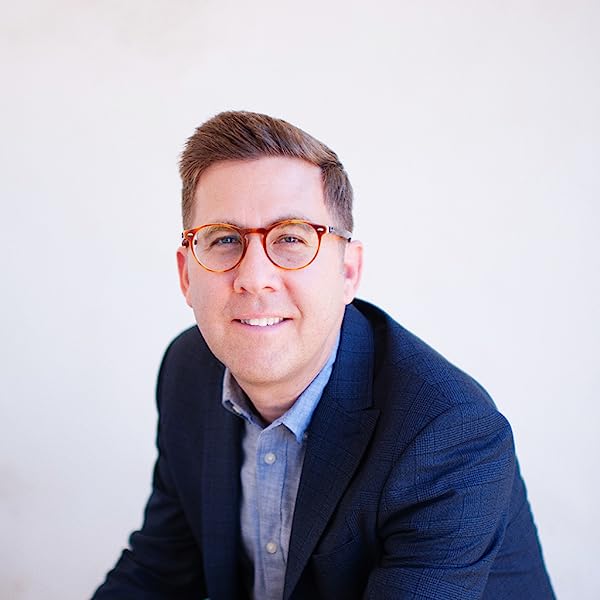 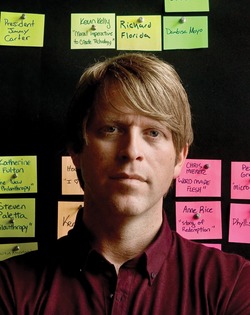 unChristian: What a New Generation Really Thinks about Christianity…and Why It Matters Kindle Edition

Starred Review. Kinnaman, president of the Barna Institute, was inspired to write this book when Lyons (of the Fermi Project) commissioned him to do extensive research on what young Americans think about Christianity. Lyons had a gut-level sense that something was desperately wrong, and three years of research paints exactly that picture. Mosaics and Busters (the generations that include late teens to early 30-somethings) believe Christians are judgmental, antihomosexual, hypocritical, too political and sheltered. Rather than simply try to do a PR face-lift, Kinnaman looks at ways in which churches' activities actually may have been unchristian and encourages a return to a more biblical Christianity, a faith that not only focuses on holiness but also loves, accepts and works to understand the world around it. It would be possible to get lost in the numbers, but the authors use numerous illustrations from their research and life experiences and include insights at the end of every chapter from Christian leaders like Charles Colson, John Stott, Brian McLaren and Jim Wallis. This is a wonderful, thoughtful book that conveys difficult truths in a spirit of humility. Every Christian should read this, and it will likely influence churches for years to come. (Oct.)
Copyright © Reed Business Information, a division of Reed Elsevier Inc. All rights reserved. --This text refers to the hardcover edition.

Christianity has an image problem.

Christians are supposed to represent Christ to the world. But according to the latest report card, something has gone terribly wrong. Using descriptions like "hypocritical," "insensitive," and "judgmental," young Americans share an impression of Christians that's nothing short of . . . unChristian.

Groundbreaking research into the perceptions of sixteen- to twenty-nine-year-olds reveals that Christians have taken several giant steps backward in one of their most important assignments. The surprising details of the study, commissioned by Fermi Project and conducted by The Barna Group, are presented with uncompromising honesty in unChristian.

Find out why these negative perceptions exist, learn how to reverse them in a Christlike manner, and discover practical examples of how Christians can positively contribute to culture.


unChristian also includes forward-looking insights from respected Christian leaders, adding their assessment of the problems and their thoughts about how Christians should respond. Exclusive contributions from:

The New Testament writer Paul told the first-century Christians: "You yourselves are our letter . . . known and read by everybody."

When a person "reads" your life, what does it say? What does your faith look like to outsiders?

A major new research project, unveiled for the first time in this book, describes the increasingly negative reputation of Christians, especially among young Americans.

The research shows that Christians are best known for what they are against. They are perceived as being judgmental, antihomosexual, and too political. And young people are quick to point out they believe that Christianity is no longer as Jesus intended. It is unChristian.

It shouldn't be this way.

What Christians believe may not be popular, but Paul also advised the first believers to "live wisely among those who are not Christians" and to "let your conversation be gracious and effective."

In this eye-opening book, David Kinnaman and Gabe Lyons--along with more than two dozen leading voices within Christianity--unpack the major criticisms leveled against Christians. Understand why those negative images exist and how you can best represent Jesus to your friends, neighbors, and co-workers.

Your life is an open book. Is it unChristian? --This text refers to the hardcover edition.

"This is a wonderful, thoughtful book that conveys difficult truths in a spirit of humility. Every Christian should read this, and it will likely influence the church for years to come."--Publisher's Weekly --Publisher's Weekly, starred review --This text refers to the hardcover edition.

David Kinnaman is president of The Barna Group, which provides research and resources that facilitate spiritual transformation in people's lives. Since joining Barna in 1995, David has designed and analyzed nearly five hundred studies for a variety of churches, nonprofits, and corporations. He and George Barna write a free research report published online at www.barna.org. David and his wife Jill have three children and live in Ventura, California.

To meet the contributors and learn more about this book and the conversations it is creating, visit www.unchristian.com.


This work was commissioned by Fermi Project. --This text refers to the hardcover edition.

Kinnaman is president of the Barna Group, a research and marketing group in service to the Christian ministry. He and Lyons attempt to employ statistics in presenting a numerically informed understanding of current Christianity and the trends within it, specifically those that involve young adults. However, their shortsightedness is evident in their reliance on apparent facts to undergird scripture instead of letting the biblical texts form the foundation for statistical interpretation. While much of what they reveal is true within the framework of their approach, such an approach is in itself unobjective--and outside of the broader eternal context of scripture. Lloyd James narrates well but fails to differentiate between the authors' words and those of the many Christian authors woven throughout the book, leaving the listener to guess where the text leaves off and a quote begins. The listener becomes even more confused when two quotes are placed next to each other. S.M.M. © AudioFile 2009, Portland, Maine --This text refers to an out of print or unavailable edition of this title.
Read more