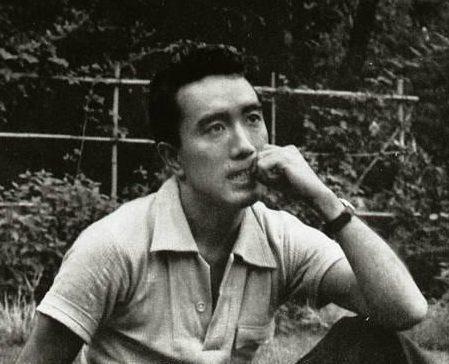 Yukio Mishima (三島 由紀夫 Mishima Yukio?) is the pen name of Kimitake Hiraoka (平岡 公威 Hiraoka Kimitake?, January 14, 1925 – November 25, 1970), a Japanese author, poet, playwright, actor, and film director. Mishima is considered one of the most important Japanese authors of the 20th century. He was considered for the Nobel Prize in Literature in 1968 but the award went to his fellow countryman Yasunari Kawabata. His works include the novels Confessions of a Mask and The Temple of the Golden Pavilion, and the autobiographical essay Sun and Steel. His avant-garde work displayed a blending of modern and traditional aesthetics that broke cultural boundaries, with a focus on sexuality, death, and political change. Mishima was active as a nationalist and founded his own right-wing militia. He is remembered for his ritual suicide by seppuku after a failed coup d'état attempt, known as the "Mishima Incident".

The Mishima Prize was established in 1988 to honor his life and works. 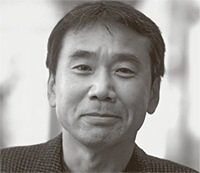 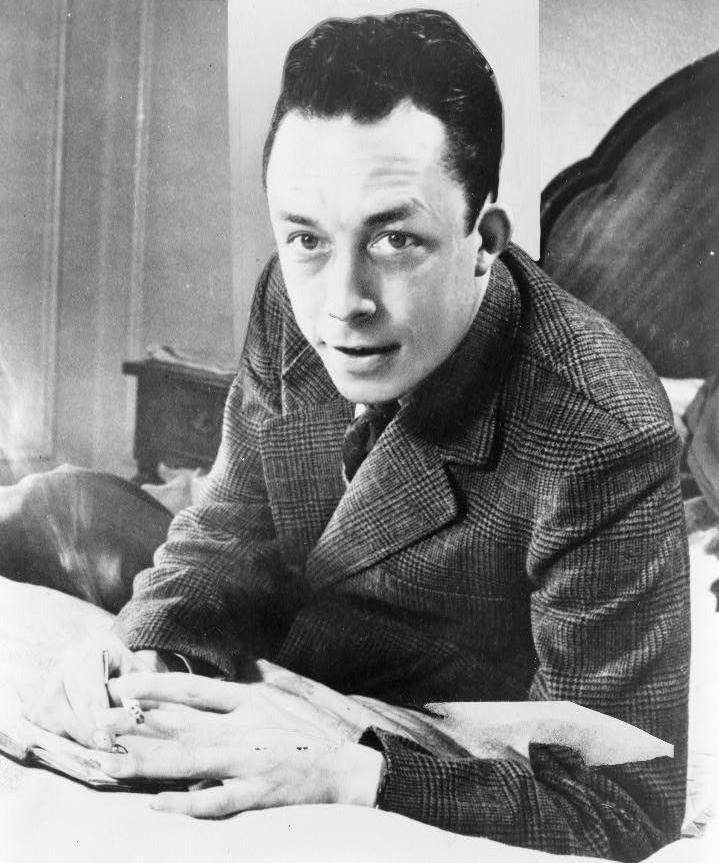 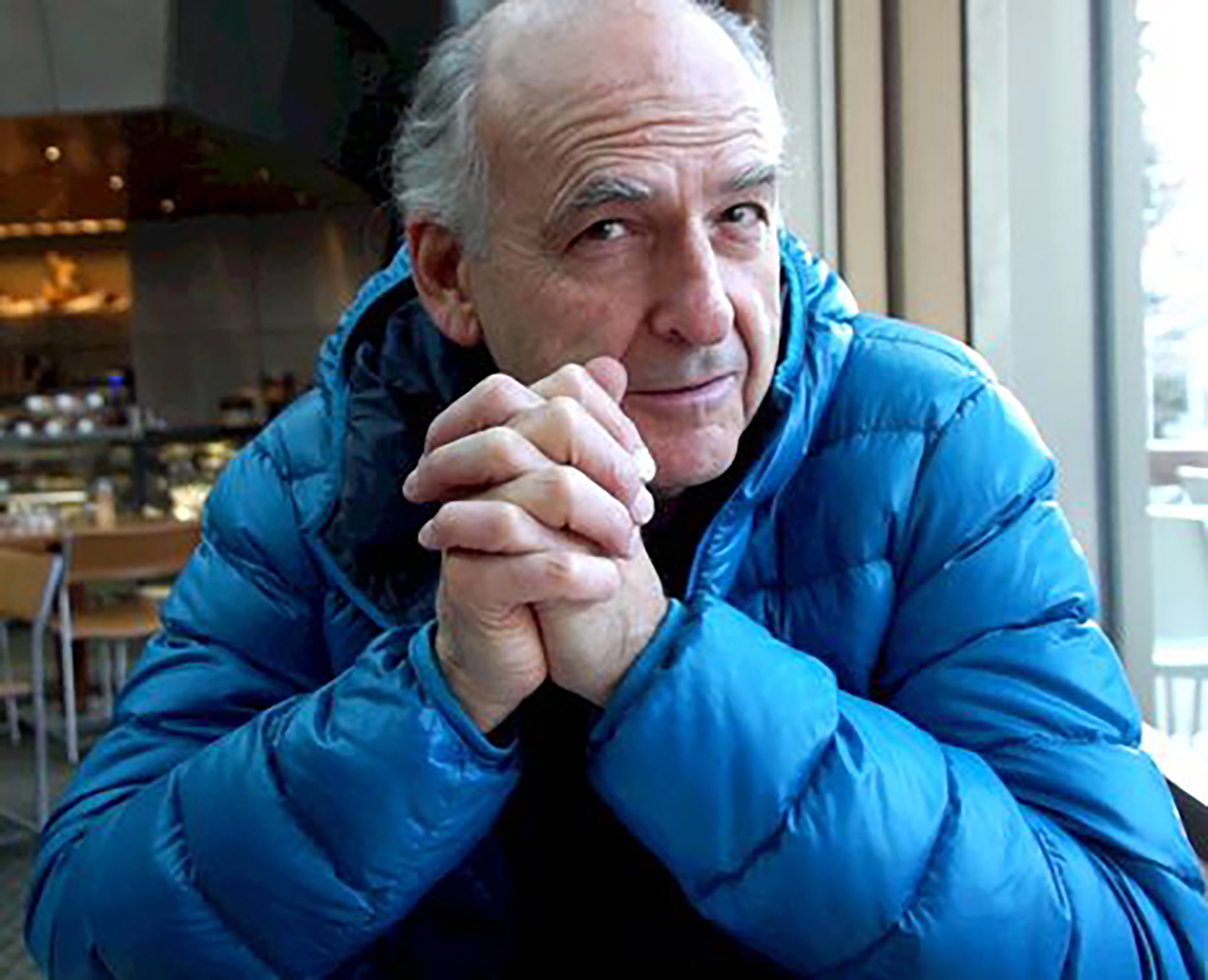 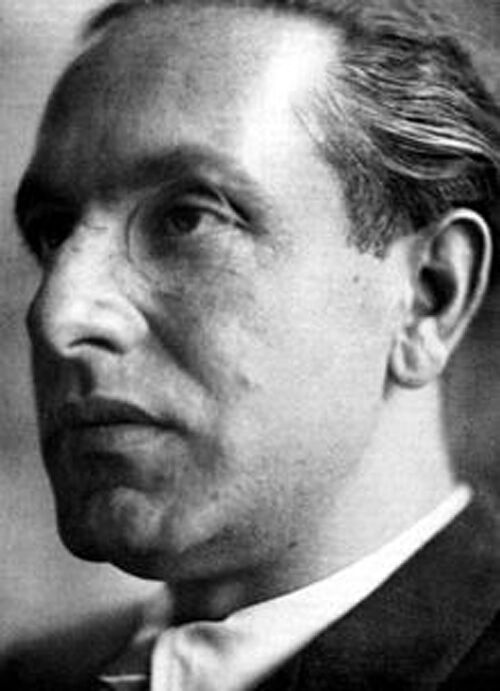 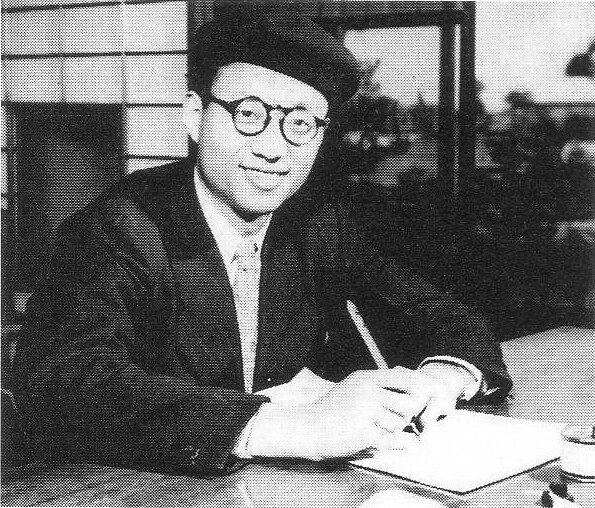 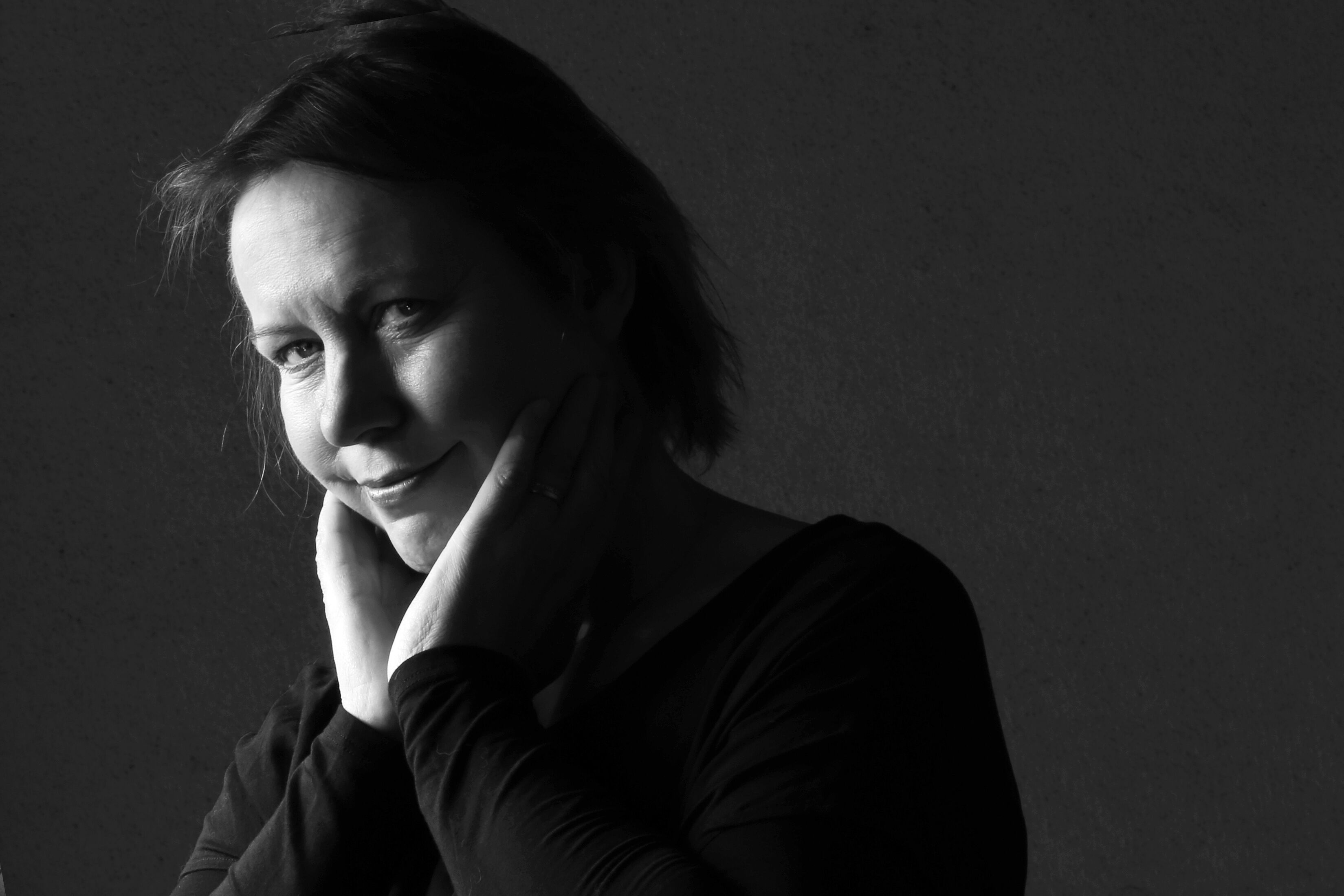 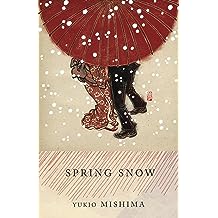 It is 1912 in Tokyo, and the hermetic world of the ancient aristocracy is being breached for the first time by outsiders — rich provincial families unburdened by tradition, whose money and vitality make them formidable contenders for social and political power. Shigekuni Honda, an aspiring lawyer and his childhood friend, Kiyoaki Matsugae, are the sons of two such families. As they come of age amidst the growing tensions between old and new, Kiyoaki is plagued by his simultaneous love for and loathing of the spirited young woman Ayakura Satoko. But Kiyoaki’s true feelings only become apparent when her sudden engagement to a royal prince shows him the magnitude of his passion — and leads to a love affair both doomed and inevitable.
Read more
Other Formats: Audible Audiobook , Paperback , Paperback , Mass Market Paperback 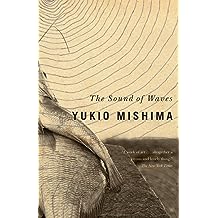 The Sound of Waves (Vintage International) Apr 9, 2013
by Yukio Mishima, Meredith Weatherby
( 442 )
$11.99
Set in a remote fishing village in Japan, The Sound of Waves is a timeless story of first love. A young fisherman is entranced at the sight of the beautiful daughter of the wealthiest man in the village. They fall in love, but must then endure the calumny and gossip of the villagers.
Read more
Other Formats: Audible Audiobook , Hardcover , Paperback , Mass Market Paperback 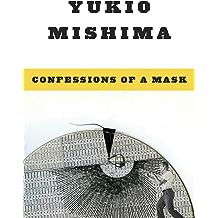 The story of a man coming to terms with his homosexuality in traditional Japanese society has become a modern classic.

Confessions of a Mask tells the story of Kochan, an adolescent boy tormented by his burgeoning attraction to men: he wants to be “normal.” Kochan is meek-bodied, and unable to participate in the more athletic activities of his classmates. He begins to notice his growing attraction to some of the boys in his class, particularly the pubescent body of his friend Omi. To hide his homosexuality, he courts a woman, Sonoko, but this exacerbates his feelings for men. As news of the War reaches Tokyo, Kochan considers the fate of Japan and his place within its deeply rooted propriety.
Confessions of a Mask reflects Mishima’s own coming of age in post-war Japan. Its publication in English―praised by Gore Vidal, James Baldwin, and Christopher Isherwood― propelled the young Yukio Mishima to international fame.
Read more 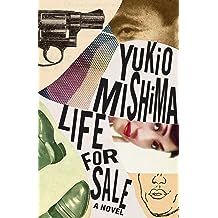 Life for Sale (Vintage International) Apr 14, 2020
by Yukio Mishima
( 357 )
$11.99
After botching a suicide attempt, salaryman Hanio Yamada decides to put his life up for sale in the classifieds section of a Tokyo newspaper. Soon interested parties come calling with increasingly bizarre requests and what follows is a madcap comedy of errors, involving a jealous husband, a drug-addled heiress, poisoned carrots—even a vampire. For someone who just wants to die, Hanio can't seem to catch a break, as he finds himself enmeshed in a continent-wide conspiracy that puts him in the cross hairs of both his own government and a powerful organized-crime syndicate. By turns wildly inventive, darkly comedic, and deeply surreal, in Life for Sale Yukio Mishima stunningly uses satire to explore the same dark themes that preoccupied him throughout his lifetime.
Read more
Other Formats: Audible Audiobook , Paperback 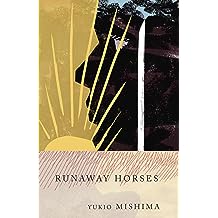 In 1932, Shigeuki Honda has become a judge in Osaka.  Convinced that a young rightist revolutionary, Isao, is the reincarnation of his friend Kiyoaki, Honda commits himself to saving the youth from an untimely death. Isao, driven to patriotic fanaticism by a father who instilled in him the ethos of the ancient samurai, organizes a violent plot against the new industrialists who he believes are usurping the Emperor’s rightful power and threatening the very integrity of the nation. Runaway Horses is the chronicle of a conspiracy — a novel about the roots and nature of Japanese fanaticism in the years that led to war.
Read more
Other Formats: Hardcover , Paperback , Mass Market Paperback 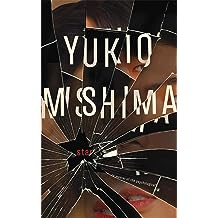 For the first time in English, a glittering novella about stardom from “one of the greatest avant-garde Japanese writers of the twentieth century” (Judith Thurman, The New Yorker)

Winner of the Japan-U.S. Friendship Commission Prize for the Translation of Japanese Literature

All eyes are on Rikio. And he likes it, mostly. His fans cheer, screaming and yelling to attract his attention—they would kill for a moment alone with him. Finally the director sets up the shot, the camera begins to roll, someone yells “action”; Rikio, for a moment, transforms into another being, a hardened young yakuza, but as soon as the shot is finished, he slumps back into his own anxieties and obsessions. Being a star, constantly performing, being watched and scrutinized as if under a microscope, is often a drag. But so is life. Written shortly after Yukio Mishima himself had acted in the film “Afraid to Die,” this novella is a rich and unflinching psychological portrait of a celebrity coming apart at the seams. With exquisite, vivid prose, Star begs the question: is there any escape from how we are seen by others? 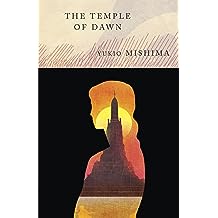 The Temple of Dawn: The Sea of Fertility, 3 (Vintage International) Apr 9, 2013
by Yukio Mishima, E. Dale Saunders, Cecilia Segawa Seigle
( 194 )
$11.99
Yukio Mishima’s The Temple of Dawn is the third novel in his masterful tetralogy, The Sea of Fertility. Here, Shigekuni Honda continues his pursuit of the successive reincarnations of Kiyoaki Matsugae, his childhood friend.

Travelling in Thailand in the early 1940s, Shigekuni Honda, now a brilliant lawyer, is granted an audience with a young Thai princess—an encounter that radically alters the course of his life. In spite of all reason, he is convinced she is the reincarnated spirit of his friend Kiyoaki. As Honda goes to great lengths to discover for certain if his theory is correct, The Temple of Dawn becomes the story of one man’s obsessive pursuit of a beautiful woman and his equally passionate search for enlightenment.
Read more
Other Formats: Hardcover , Paperback , Mass Market Paperback 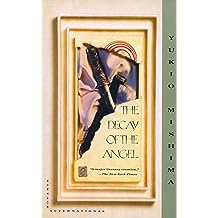 The Decay of the Angel: The Sea of Fertility, 4 (Vintage International) Apr 9, 2013
by Yukio Mishima, Edward G. Seidensticker
( 156 )
$11.99
Yukio Mishima’s The Decay of the Angel is the final novel in his masterful tetralogy, The Sea of Fertility. It is the last installment of Shigekuni Honda’s pursuit of the successive reincarnations of his childhood friend Kiyoaki Matsugae.

It is the late 1960s and Honda, now an aged and wealthy man, once more encounters a person he believes to be a reincarnation of his friend, Kiyoaki — this time restored to life as a teenage orphan, Tōru. Adopting the boy as his heir, Honda quickly finds that Tōru is a force to be reckoned with. The final novel of this celebrated tetralogy weaves together the dominant themes of the previous three novels in the series: the decay of Japan’s courtly tradition; the essence and value of Buddhist philosophy and aesthetics; and, underlying all, Mishima’s apocalyptic vision of the modern era.
Read more
Other Formats: Hardcover , Paperback , Mass Market Paperback 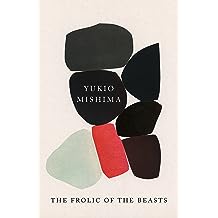 The Frolic of the Beasts (Vintage International) Nov 27, 2018
by Yukio Mishima
( 115 )
$11.99
Translated into English for the first time, a gripping short novel about an affair gone wrong, from the author of the Sea of Fertility tetralogy.

Set in rural Japan shortly after World War II, The Frolic of the Beasts tells the story of a strange and utterly absorbing love triangle between a former university student, Koji; his would-be mentor, the eminent literary critic Ippei Kusakudo; and Ippei's beautiful, enigmatic wife, Yuko. When brought face-to-face with one of Ippei's many marital indiscretions, Koji finds his growing desire for Yuko compels him to action in a way that changes all three of their lives profoundly. Originally published in 1961 and now available in English for the first time, The Frolic of the Beasts is a haunting examination of the various guises we assume throughout our lives, and a tale of psychological self-entrapment, seduction, and crime.
Read more
Other Formats: Paperback 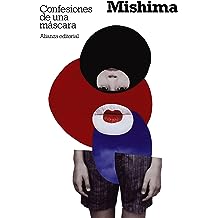 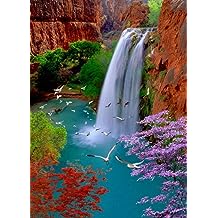 "The Temple of the Golden Pavilion"

On July 2, 1950, the shocking news startled the public eyes and ears that national treasure “Kinkaku-ji” was destroyed by setting it afire and the arson was the young monk of this temple.

The agony and distress of a young monk hidden in the shadow of this incident - undelitable curse of his life, shouldering a fateful child with carrying a handy.

His soul was robbed by the magical power of the beauty of “Kinkaku” and finally immersed in fantasy as it was a tragedy.

An immortal masterpiece - 31 years old genius Mishima wrote in an exquisite style of the confession prose as the final settlement of his youth. 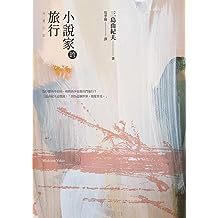